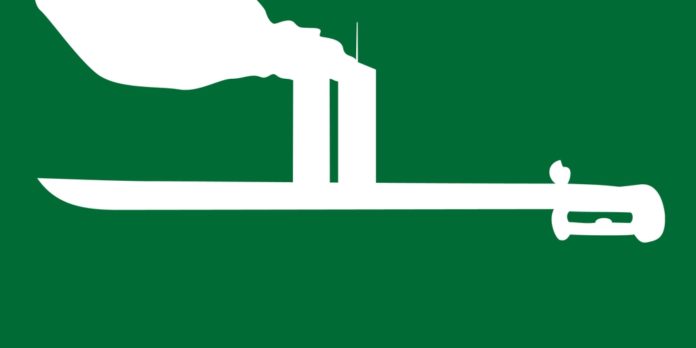 The CIA has recently released a 495-page report related to the September 11 attacks, the last 30 pages of which include their top secret files on Saudi Arabia’s ties to 9/11. Unsurprisingly, nearly every page save the last two have been blanked.

Provided below are a few examples:

Here is the only unredacted text in the section:

The report emphasized that the JI had made “no final determinations as to the reliability or sufficiency of the information” regarding Saudi Issues raised by its inquiry.

Assessment of the finding

Many of the points of this finding relate to the investigative efforts on the Saudi intelligence presence in the United States and of Saudi officials’ contacts with terrorists in the country, and, as such, the Office of Inspector General (OIG) 9/11 Review Team defers consideration of these to the Department of Justice and the FBI. The Team lacks access to the full range of investigative materials in FBI possession and is therefore unable to either concur or dissent on those points. In addition, the Team encountered no evidence that the Saudi Government knowingly and willingly supported al-Qa’ida terrorists. Individuals in both the Near East Division (NE) and the Counterterrorist Center [REDACTED] told the Team they had not seen any reliable reporting confirming Saudi Government involvement with and financial support for terrorism prior to 9/11, although a few also speculated that dissident sympathizers within the government may have aided al-Qa’ida. A January 1999 Directorate of Intelligence (DI) Office of Transnational Issues Intelligence Report on Bin Ladin’s finances indicated that “limited” reporting suggested that “a few Saudi Government officials” may support Usama Bin Ladin (UBL) but added that the reporting was “too sparse to determine with any accuracy” such support. None of the Saudi Government officials named in that report was a member of a [REDACTED FOR 26 MORE PAGES]

Theories as to why the CIA would leave so much out of their report vary. It would seem most theorize that the U.S. is covering for Saudi Arabia due to the fact it relies on foreign oil, however according to NPR, the U.S. only gets about 13 percent of its oil from the Persian Gulf, with about 8 percent coming from Saudi Arabia.

Other reports state that some of the “highjackers” apparently had associates in Germany, and the Daily Dot theorizes that the U.S. is “simply protecting both countries’ intel by omitting their information on those contacts in the public release of this report.” Because, you know, the U.S. has such an awesome track-record at respecting people’s privacy, as well as the sovereignty of other nations (professionally, we’re supposed to avoid sarcasm, but that’s sometimes easier said than done).

In other reports, the so-called “20th hijacker,” Zacarias Moussaoui, claims the 9/11 terrorists were directly backed by a Saudi royal family with “intimate personal and financial ties to the Bush clan, the U.S. intelligence community, and Rupert Murdoch’s Fox News.” For those 9/11 Truthers who theorize the U.S. government had some sort of hand in the 9/11 attacks, this final theory might very well seem plausible.

All theories aside though, as those at Gawker put it, we should consider ourselves fortunate to “live in a nation that is so transparent with the citizenry about its shortcomings and its ill-advised strategic arrangements.”

This Article (Prepare for Nothing: CIA Just-Released Top Secret File on Saudi Ties to 9/11) is a free and open source. You have permission to republish this article under a Creative Commons license with attribution to the author and AnonHQ.com.