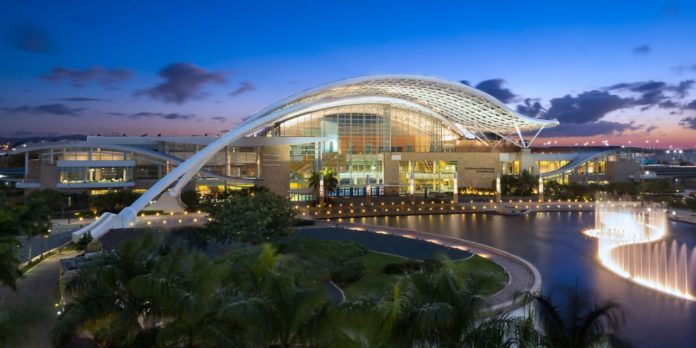 Puerto Rico — For the first time in American history, a territory claimed by the United States is filing for what is essentially bankruptcy.

On Wednesday, the New York Times reported that Puerto Rico, which the U.S. appropriated following the Spanish-American War, has just claimed in a New York federal court filing that due to its massive debt, the island is “unable to provide its citizens effective services.”

In one short paragraph, the Times put the gravity of the situation into perspective:

“The action sent Puerto Rico, whose approximately $123-billion in debt and pension obligations far exceeds the $18 billion bankruptcy filed by Detroit in 2013, to uncharted ground.”

Puerto Rico has been in a recession since 2006 and was forced, year and after, to borrow money for operating costs. The island’s efforts to get creditors to cut it a break fell flat and the growing weight of the debt was fast becoming a concern to all parties with a stake in the game.

In fact, the fiscal health of Puerto Rico is of such importance to the United State that last summer, the Obama administration — warning of a potential “humanitarian crisis” on the island if the situation were allowed to deteriorate — enacted Promesa, a new federal law that gives insolvent territories Chapter 9-style bankruptcy powers.

Puerto Rico’s court filing is the first time the Promesa law has been cited.

If the court proceedings go well, and Puerto Rico is allowed to write off losses to creditors, it could be the fresh start the island needs. However, many feel that effectively getting a bailout from the U.S. will further subjugate Puerto Ricans, as the Times explained Wednesday:

“On the island, Washington is not seen as a helper but as an unsympathetic colonial overlord. The step toward bankruptcy-like proceedings, under a federal judge, intensified complaints that Puerto Rico has lost all control of its own future.”

The article also notes the precedents the court action is setting. If it goes Puerto Rico’s way, financially struggling U.S. states and cities like Illinois and Philadelphia could have a model to follow. Government workers, too, should keep tabs, as the case could show how seemingly locked-in pensions can actually be subject to change.