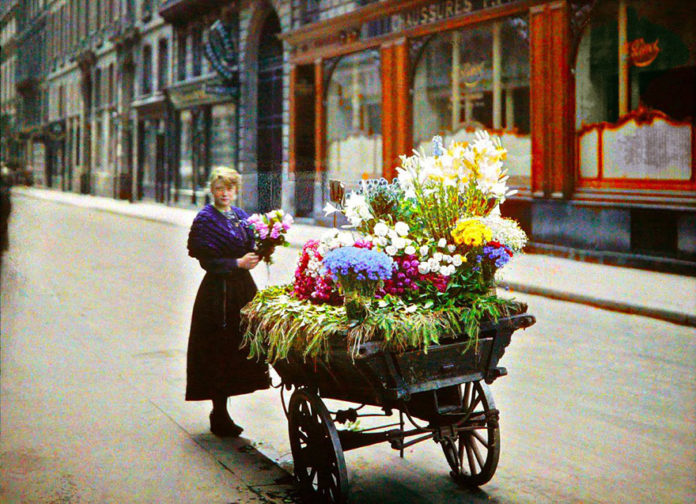 Albert Kahn was a French banker and philanthropist, but the world knows him for initiating The Archives of the Planet, a photographic record of the entire Earth.

In 1909, Kahn hired and sent out four photographers to more than 50 countries to take colored photographs using the newly invented Autochrome Lumière – an additive color “mosaic screen plate” process, in short the first method of producing color photos – to bring color to the then black and white world.

Between 1909 and 1931, the four photographers shot over 100 hours of film and 72,000 colored photographs capturing times, places, and people we generally do not expect to see in color photographs.

Since 1986, the photographs have been collected into a museum at 14 Rue du Port, Boulogne-Billancourt, Paris, at the site of his garden which is now a French national museum, and includes the museum that houses his historic photographs and films.

Although Kahn was forced to bring his project to a premature end due to the Great Depression, his collection of early color photographs is today recognized as one of the world’s most important.

Here’s a beautiful gallery of Paris clicked over76y a century ago: This article (Rare Color Photos show how Paris Looked 100 Years Ago) is a free and open source. You have permission to republish this article under a Creative Commons license with attribution to the author and AnonHQ.com.