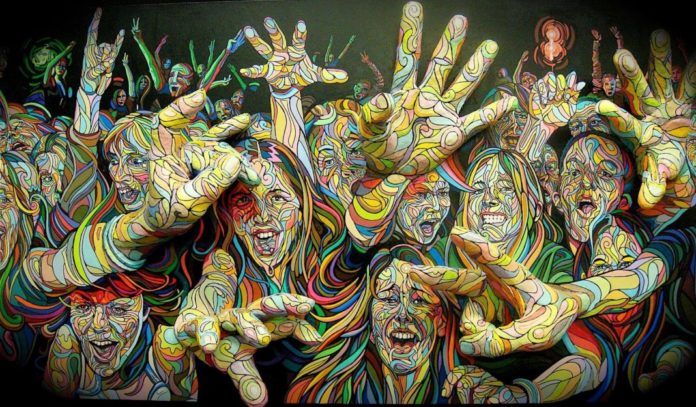 For decades, the pharmaceutical industry poured millions into the pockets of crony lawmakers as they lobbied to keep marijuana illegal. We understand if marijuana — a plant that can clothe, fuel, shelter, feed, and medicate — was readily available, it would destroy Big Pharma’s profits.

For decades, the antidepressant industry poured millions into the pockets of corrupt politicians as they lobbied to classify psychedelics as Schedule I drugs with ‘no currently accepted medical use’. We understand if psychedelics — psychoactive substances that can treat cancer anxiety, depression, addictions, obsessive compulsive disorder, and psychological traumas — were allowed to be used for therapeutic purposes, they would destroy the antidepressant industry.

War on Drugs or War on Health?

Globally, an estimated 350 million people of all ages suffer from depression. Over 800,000 people die due to suicide every year. Around 1 in 5 patients fail to respond to the most widely used class of antidepressants — the selective serotonin reuptake inhibitors (SSRIs), which has the power to cause acute anxiety, weight gain and sexual dysfunction. Those who do recover, owing to an addiction to SSRIs, lead a poor quality of life, attempt suicides, suffer functional impairment, and relapse.

Throughout the 1950s and 60s, psychedelics were part of psychiatric research, with many psychiatrists using it successfully as treatments. After they were outlawed, scientific research into psychedelics’ effects on the brain and their potential therapeutic uses were severely affected, effectively paving the way for the antidepressant industry to brand them as dangerous.

In June 2013, Professor David Nutt of the Imperial College London published a paper in Nature Reviews Neuroscience, insisting that the ban on psychedelics did more harm than good.

“The decision to outlaw these drugs was based on their perceived dangers, but in many cases the harms have been overstated and are actually less than many legal drugs such as alcohol. The laws have never been updated despite scientific advances and growing evidence that many of these drugs are relatively safe. This hindering of research and therapy is motivated by politics, not science. It’s one of the most scandalous examples of scientific censorship in modern times.”

The Case for Legalizing Psychedelics

Nevertheless, recent pilot studies have established that psychedelics, indeed have profound antidepressant effects; and that the ban holds no ground.

In February 2012, Dr Charles Grob, a professor of psychiatry and pediatrics at UCLA, completed the first clinical study in more than 40 years that used psilocybin to treat cancer anxiety.  The results, to say the least, were promising:

“They reported improved mood and anxiety regulation, improved quality of life, improved relationships with their partners and close family and friends, it was actually quite dramatic. When we crunched the data, we found that indeed the psilocybin treatment model appeared to be quite effective in reducing anxiety in a sustained manner going for months after the treatment session.”

In September 2014, researchers at the Johns Hopkins University School of Medicine found that longtime smokers quit smoking after a carefully controlled and monitored use of psilocybin. The study suggested that “psilocybin may help break the addictive pattern of thoughts and behaviors that have become ingrained after years of smoking.”

In January 2015, a research conducted by University of Barcelona and University of São Paulo found that regular use of psychedelics could potentially lead to structural changes in brain areas supporting attentional processes, self-referential thought and internal mentation.

In February 2016, a study of patients with recurrent depression, who were given ayahuasca during the research, revealed increased blood flow in regions involved in the regulation of mood and emotions, resulting in significant improvements in their mean depression scores.

In April 2016, the first modern scans of people high on psychedelics, revealed that since LSD (lysergic acid diethylamide) — the creativity-enhancer of choice for many Silicon Valley professionals — could pull the brain out of thought patterns seen in depression and addiction through its effects on brain networks; it has the potential to treat psychiatric disorders.

Why Psychedelics will not be Legalized

Even though there is no evidence that psychedelics are addictive, the antidepressant industry will thwart all research and attempts to make the psychoactive drugs legal. After all, who will need the addictive SSRIs if people start using psychedelics in a controlled setting and start getting cured? Nutt ‘warns’:

“Psychedelics, used responsibly and with proper caution, would be for psychiatry what the microscope has been for biology and medicine or the telescope is for astronomy.”

In this excerpt from the Joe Rogan Experience, Dennis McKenna explains the corruption that is keeping people from seeing the truth about psychedelics:

This article (The Real Reason Antidepressant Industry Does Not Want Psychedelics Legalized) is a free and open source. You have permission to republish this article under a Creative Commons license with attribution to the author and AnonHQ.com.