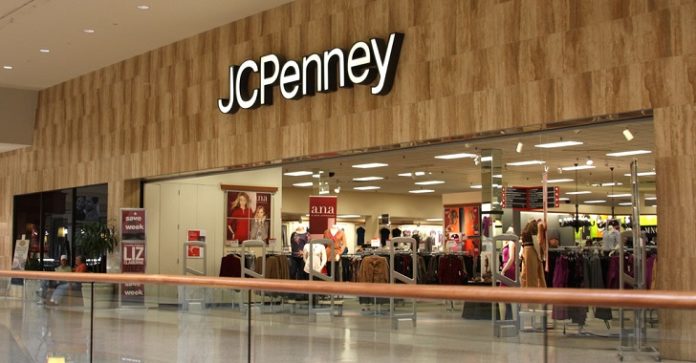 Consumerism has long been a defining element of American society, but retail giants are now shutting down thousands of their locations amid a long-anticipated “retail apocalypse,” as Business Insider describes it.

The outlet reports that over the next couple months, more than 3,500 stores are expected to close:

“Department stores like JCPenney, Macy’s, Sears, and Kmart are among the companies shutting down stores, along with middle-of-the-mall chains like Crocs, BCBG, Abercrombie & Fitch, and Guess.”

Some stores, like Bebe and The Limited, are closing all of their locations to focus more on online sales. Other larger chains, like JC Penney, are “aggressively paring down their store counts to unload unprofitable locations and try to staunch losses,” Business Insider notes. Sears and K-Mart are following a similar trajectory moving forward.

These closures are the consequence of several different factors. First, the United States has more shopping mall square footage per person than other parts of the world. In America, retailers reserve 23.5 square feet per person; in Canada and Australia, the countries with the second- and third-most space have 16.4 and 11.1, respectively.

Another reason retail brick and mortars are failing is the growth of e-commerce. Between 2010 and 2013, visits to shopping malls declined 50%, according to data from real estate research firm Cushman and Wakefield. Meanwhile, online sales from huge online outposts, like Amazon, have exploded.

Back in 2015, Forbes observed this trend:

“Earlier this year, the stock market value of Amazon.com surpassed that of Walmart, a turn of events that many saw as indicative of how badly brick-and-mortar big box retailers have lagged behind in building up their e-commerce.”

“Walmart is now hustling to bridge the gap, pouring billions into its tech to claw back some market share. Target, also a laggard, is similarly spending as much on tech as on its 1,800 stores. Both those companies, though, generate digital sales that are still only a small percentage of total sales, and a fraction of Amazon’s.”

At that time, Business Insider noted:

“The list of failures is getting longer by the day. Macy’s? Cooked – down 42% over the past six months. Nordstrom? Down 20% over the same timeframe. Dick’s Sporting Goods? Awful earnings sent this athletic retailer lower more than 10% yesterday alone. There’s absolutely no way to sugarcoat it—the retail sector is crashing.”

Though Americans increasingly prefer to shop online, their preferences are also changing. Shoppers are choosing to spend their money on “restaurants, travel, and technology than ever before, while spending less on apparel and accessories,” Business Insider reports.

Further, as longtime retail analyst Howard Davidowitz observed in 2014, “What’s going on is the customers don’t have the fucking money. That’s it. This isn’t rocket science.”

As prosperity declines, shopping habits shift, and major retailers like Macy’s, Sears, and JCPenney close their doors, their decisions are likely to have ripple effects on smaller stores in shopping malls. Business Insider explains that in addition to dwindling attendance and income for mall owners, major department store closures can trigger “‘co-tenancy clauses’ that allow the other mall tenants to terminate their leases or renegotiate the terms, typically with a period of lower rents, until another retailer moves into the anchor space.”

As fewer retail giants seek retail space, many malls are facing dire fates. Business Insider expects low-performing malls to be hit hardest by the changing scope of retail, nothing roughly 30% of malls will face increased risk of shutting down.

Shopping malls first became popular in the economically fruitful era of the 1950s and 60s. Inspired by major department stores of the 19th century — like Sears and Macy’s, which are now struggling — 20th-century malls grew rapidly, in part, because of government subsidies provided in the form of tax breaks. Smithsonian Magazine has explained that over the decades, real estate developers overshot their expectations, constructing increasing numbers of malls despite a lack of population growth. By 1999, the downward trend we see intensifying today had already begun:

“Shopping centers that hadn’t been renovated in years began to show signs of wear and tear, and the middle-aged, middle-class shoppers that once flooded their shops began to disappear, turning the once sterile suburban shopping centers into perceived havens for crime. Increasingly rundown and redundant, malls started turning into ghost towns—first losing shoppers and then losing stores.”

Almost twenty years later, the trend has only intensified, and retailers are evidently bracing for an even deeper plunge. As CNBC noted earlier this year: