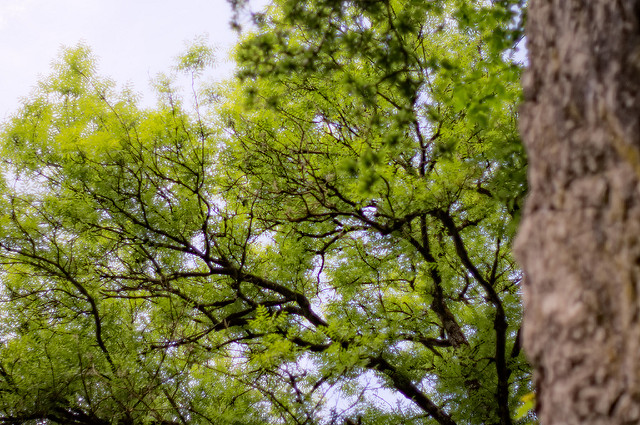 Climate change—the controversial topic that predicts nothing but doom and gloom (literally) for humankind and the planet we call home—is evident all around us, whether we choose to believe it or not. The effects of greenhouse gas emissions, pollutants and other driving factors are often perceived as negative, and rightly so; however, according to a new scientific study published in the journal Nature Climate Change, rising CO2 levels are actually making the world a greener place. The study, which is said to be the largest of its kind, was written by a team of 32 authors from 24 institutions in eight countries. For the study, the team used data from the Modis and AVHRR instruments which have been carried on American satellites over the past 33 years. According to the data, between 25% and 50% of the Earth’s vegetated land has experienced ‘significant greening’ over the past three decades.

In comparison, just 4% of vegetated land has suffered from plant loss during this period.

This is good news for crops, which have already seen a 10 to 15 percent increase in yields. “Carbon dioxide fertilizes plants, and emissions from fossil fuels have already had a hugely beneficial effect on crops, increasing yields by at least 10-15%,” concludes a report published last October by the U.K.-based Global Warming Policy Foundation. According to the report, the global CO2 fertilization effect on worldwide crop yields is worth around $140 billion a year.

“We were able to tie the greening largely to the fertilizing effect of rising atmospheric CO2 concentration by tasking several computer models to mimic plant growth observed in the satellite data,” Ranga Myneni, a professor at Boston University and one of the study’s co-author, said in a press statement.

This huge growth in trees and other plants has been slowing the pace of climate change as the plants have been absorbing some of the extra carbon emissions that our lifestyles and industries have been pumping into the atmosphere. As a result, climate sceptics are arguing that the increased levels of CO2 is actually benefiting the planet.

However, the CO2 fertilization effect is only temporary and will diminish over time, leading the researchers to conclude that the positives of rising CO2 levels are outweighed by the negatives.

“Currently, about a quarter of the 10 billion tons of carbon that we emit in to the air each year, are being stored in the body of trees and in the soils. We do not know how long this will continue. This storage we do know is temporary,” Professor Ranga Myneni told MailOnline. “Experiments have shown that the CO2 fertilisation effect is temporary. The plants ultimately adjust to the higher levels of CO2 in the air.”

Several factors have played contributed to the plant boom, including climate change (8%), more nitrogen in the environment (9%), and shifts in land management (4%), the researchers said. However, the main factor is plants using extra CO2 from human society to fertilize their growth (70%).

“The greening over the past 33 years reported in this study is equivalent to adding a green continent about two-times the size of mainland USA (18 million km2), and has the ability to fundamentally change the cycling of water and carbon in the climate system,” Dr. Zaichun Zhu, a co-author of the study and researcher from Peking University, said in a statement.

This Article (Rising CO2 Levels Are Making The Earth Greener, Says New Scientific Study) is free and open source. You have permission to republish this article under a Creative Commons license with attribution to the author and AnonHQ.com.