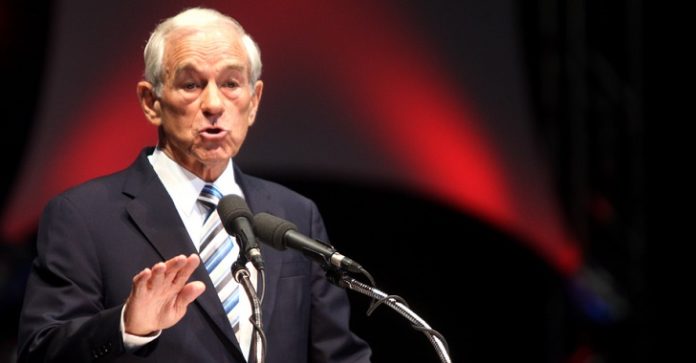 Former congressman Ron Paul has long been an unabashed critic of American foreign policy, central banking, and corporatism. This election season, the former presidential nominee has consistently, candidly expressed his views on the presidential race, often issuing scathing indictments of the two-party system and the authoritarian tendencies of the candidates in the running. On Monday, Ron Paul appeared on MSNBC’s “Morning Joe” to discuss the presidential options Americans are left with, arguing the current campaign quibbles serve as distractions from deeper, more systemic problems.

“Morning Joe” news anchor Mika Brzezinski highlighted disappointments the contentious Libertarian Party nomination of former New Mexico Gary Johnson, who has been criticized not only for lacking a philosophical understanding of libertarianism, but also for selecting an arguable neoconservative, former Massachusetts governor and Council on Foreign Relations member, William Weld, as his running mate.

“I know you don’t feel these candidates who are in — Gary Johnson, Bill Weld — they’re really more than a shrug. Is there any possibility for anyone else at this point?” the anchor asked Paul — sparking a characteristically uncensored response.

“Not really,” Paul respond. “I think the people are left with very poor choices and no real contest.”

He said he is looking for a “second” party because, as he said, “I see the Republicans and Democrats and all they do is fight and scream at each other, [but the] policies never change. The size and scope of the executive branch, which is a big concern for me, keeps growing, no matter which candidate — and quite frankly whether it’s Hillary or Trump. I think they believe in a strong executive and that’s opposite of libertarianism.”

“But the libertarian principle of non-aggression — that is where government can’t use force to mold society or the economy or tell other people how to live around the world, I would say that’s a great principle. I’m not overly enthralled with the candidates, but that principle is really worthwhile and the opposite of what we’ve been living with and the opposite of the ideas that have brought us to this point where  we are now.”

Paul also highlighted the inanity of the American government’s tendency to meddle in other countries’ affairs in the name of democracy.

“We send hundreds of thousands of people and spend trillions of dollars going overseas and saying ‘We’re going to throw out your dictator and we’re going to force you to have democracy and elections,’ and they have elections and we throw them out because they’re not our guy.”

Against that analysis, he offered an examination of the state of “democracy” at home:

“In this country, we do not really have democracy,” he said.

He continued, discussing the way the establishment crushes alternatives to the two-party system.

“I mean even if we were really, really super happy with the libertarian candidate, do you think they’d get in the debates? No, the debates are run by the Republicans and Democrats. They’d find a way of excluding them, so that’s not going to happen,”  he said.

Ron Paul was famously ignored by moderators during the 2012 Republican debates — to the extent Saturday Night Live even depicted the bias in a sketch.

On his Monday “Morning Joe” appearance, Paul continued to speak candidly on the core problems in the United States that will continue after the 2016 election. Speaking on the unavoidable similarities between Clinton and Trump, he said:

“But no, overall foreign policy won’t change with either party in a significant matter, spending is going to continue, government intervention and the Federal Reserve is going to keep manipulating interest rates and never facing up to the fact that this country has lived way beyond its means and the debt is incomprehensible and all we know is it’s going to grow and grow.”

“I think the fighting — the personal fighting — is a distraction from the real issue, which is personal liberty and the bankruptcy of this country and the failure of our foreign policy. That’s where the problem is.”

This article (Ron Paul: “We Do Not Really Have Democracy” in America, 2016 Is a Distraction) is free and open source. You have permission to republish this article under a Creative Commons license with attribution to Carey Wedler andtheAntiMedia.org. Anti-Media Radio airs weeknights at 11 pm Eastern/8 pm Pacific. Image credit: Gage Skidmore. If you spot a typo, please email the error and name of the article at [email protected].