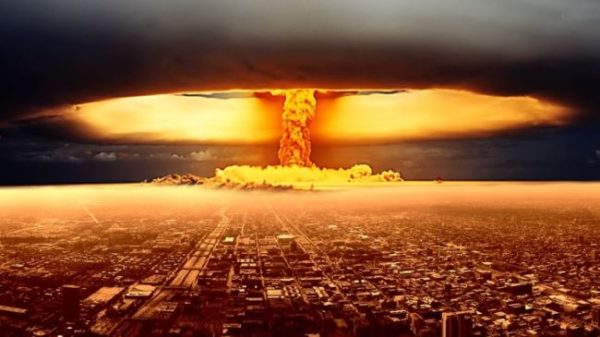 Tension is mounting. Nerves are high. The United States, at the moment, is sitting on tenterhooks. Many officials in the Obama administration are frustrated and confused regarding the situation in Syria.

After leading a bloody military campaign that killed Muammar Gaddafi in Libya in 2011, the United States thought it could go ahead and remove other leaders that dissent against the country’s diabolical foreign policy. For the first time since the end of the Cold War, the Russian Federation has challenged the United States so-called military power, directly. This announcement by the United States comes as Russia, beginning on Sept. 22, intensified its military operations in Syria, with the intentions to capture the city of Aleppo for the Syrian government. Diplomatic efforts to put an end to the fighting in Syria had collapsed. During a brief ceasefire – to allow for humanitarian aid – rebels and the United States breached the agreement. In fact, on Sept. 17, up to 80 Syrian government soldiers were killed by United States-led airstrikes. The soldiers were in the al-Tharda Mountains on, and around the outskirts of the city of Deir ez-Zor, eastern Syria, fighting ISIS terrorists, when the United States bombed them.

This infuriated the Russians and the Syrian regime, forcing them to end all ceasefire with the United States backed-rebels. They have, therefore, decided to go all out and take the country – especially the city of Aleppo – from the United States-backed rebels. Since the operation began in Aleppo, the United States-backed rebels have become powerless, retreating to the eastern part of the city. Already, the United States forces have been neutralized by the Russians. The United States, unable to save the situation for the rebels, has now turned to the media spreading lies and propaganda about civilians in Aleppo, and how they are being slaughtered by Russian and the Syrian government forces.

Russia has given the United States a stern warning not to take any action against the Syrian government forces again, as the operation to free Aleppo from the rebels is in progress.

The Russian foreign ministry spokesperson, Maria Zakharova was quoted by the state- run Sputnik news agency as saying: “If the US launches a direct aggression against Damascus and the Syrian army, it will lead to terrible, tectonic shifts not only on the territory of this country but also in the region in general.” These developments from Moscow are not going down easily with the United States. The United States Secretary of State, John Kerry, is said to have urged president Obama to intervene and face the consequences from Russia. He is said to have even favored a nuclear deterrent against Russia. However, it appears that before Kerry could even make this suggestion to Obama, the Russians had already gathered intelligence on the happenings within the White House.

According to Zvezda, a Russian defense ministry Television channel, the country has started preparing its citizens for a possible ‘nuclear war’ with the United States – because of the mounting tensions in Syria. Unnamed top officials in the Kremlin told the channel that the United States wants to launch a nuclear strike against Russia, due to the country’s support for the Syrian government. (In this confession, true or not, confirms the proxy war on Syrian soil).

On Sept. 30, 2016, the anonymous Russian official told the channel that citizens should not panic because underground shelters have been built; providing shelter for over 12 million people in Moscow alone, in case there is an attack. Zvezda quoted the officials as saying “schizophrenics from America are sharpening nuclear weapons for Moscow.”

Russia has the largest stockpile of nuclear weapons in the world. The country is believed to have around 8,400 nuclear warheads.

The United States’ nuclear weapons are estimated to around 7,500.

The situation is now fragile. It shouldn’t surprise you if something nasty happens between the United States and Russia over the coming months. Earlier, Kerry was caught on tape telling a group of Syrians in New York City, during the sidelines of the United Nations General Assembly, that he had advocated for war in Syria, which would have been a direct war with Russia, now.

“I’ve argued for the use of force. I’m the guy who stood up and announced that we’re going to attack Assad for the use of weapons,” Kerry said in the leaked audio, bragging about another notch to the Kerry belt.

This article (Russia Prepares Citizens for Nuclear War with United States, Builds Huge Underground Shelters ) is a free and open source. You have permission to republish this article under a Creative Commons license with attribution to the author and AnonHQ.com.