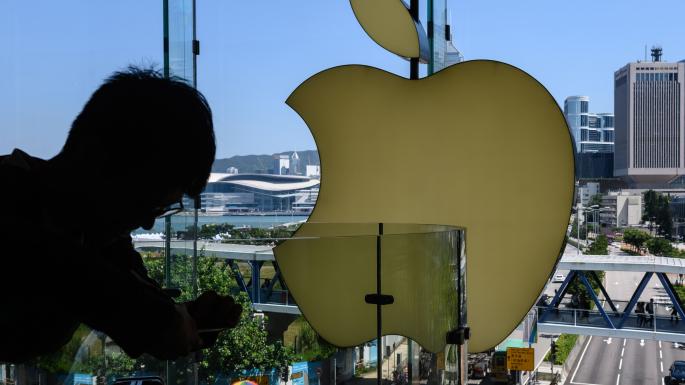 What “makes” people sexually attracted to members of the same sex?

It’s a controversial question that often receives loaded answers reflecting shifting cultural values and, all-too-often, outright anti-gay bigotry. While religious may claim spiritual forces are at play, scientific researchers say that same-sex sexual behavior is nothing more than “a natural part of our diversity as a species”—less a matter of choice and more a matter of who people simply are.

But for one Russian man who found himself romantically involved with another man, there is a clear culprit for his homosexuality: the California-based tech giant Apple and its iPhone line of smartphones.

Putting a brand new twist on Apple’s promotion of the iPhone as “the world’s most powerful personal device,” the man is accusing the company of “manipulatively pushing” him toward homosexuality and is seeking over $15,000 USD (roughly a million rubles) in damages for that very reason, the Moscow Times reports.

The plaintiff, identified as D. Razumilov, claims that he became “mired in same-sex relationships” over the summer after he received 69 GayCoins—a crypto-currency similar to Bitcoin—through a crypto payment app he had downloaded in 2017. The anonymous sender allegedly included an English-language message that read, “don’t judge without trying.”

In a complaint published by Govorit Moskva on Wednesday, Razumilov wrote:

“I thought, indeed, how can I judge something without trying it? And decided to try same-sex relationships.”

Since then, Razumilov claims that his life took what he claims was a sharp downward turn.

“I can say after the passage of two months that I’m mired in intimacy with a member of my own sex and can’t get out.

I have a steady boyfriend and I don’t know how to explain it to my parents. After receiving the aforementioned message, my life has changed for the worse and will never be normal again.”

And while most people find joy and companionship from their relationships—be they with members of the same sex or the opposite—Razumilov is accusing Apple of having caused him tremendous “moral suffering and harm to mental health” for allowing him to become tempted toward homosexuality by the mysterious message he received.

Moscow’s Presnensky District Court registered his lawsuit last Wednesday, and he will appear for an interview with the court on October 17.

While homosexuality was decriminalized in the Russian Federation in 1993, the country remains largely inhospitable toward the LGBTQ community. This is due to a combination of prevailing anti-gay sentiments as well as legislation such as the 2013 law banning so-called “gay propaganda” or the “promotion of non-traditional lifestyles to minors,” which advocates claim effectively outlaws LGBTQ activism.

This past year, the homophobic hate group “Saw Against LGBT” published a list of prominent LGBTQ activists whom it accused of preparing “very dangerous and brutal gifts,” reports Meduza. The group has also encouraged Russians to attack gay rights activists, offering bounties for such attacks, according to LGBTnet.org. In July, St. Petersburg-based gay rights leader Yelena Grigoryeva was killed after receiving a number of death threats both on- and offline.