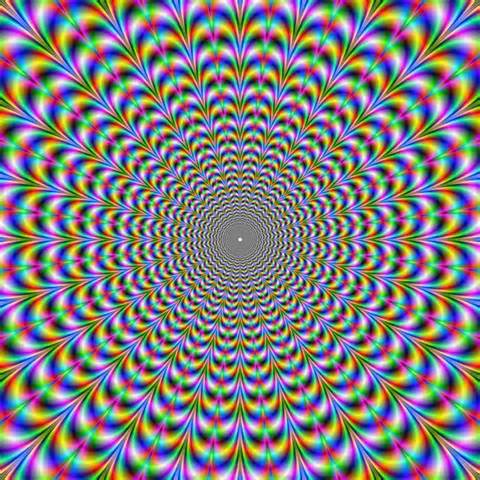 “There is ‘objective reality’ and then there is ‘our reality,’” said the lead author of the study, Enzo Tagliazucchi from the Netherlands Institute for Neuroscience.

“Psychedelic drugs can distort our reality and result in perceptual illusions. But the reality we experience during ordinary wakefulness is also, to a large extent, an illusion.”

In a study published on Current Biology, researchers gave test subjects a drop of LSD or a placebo. An hour later, they found that the brain activity in those dosed with LSD was rather different from the that of the control group. Areas that were rich in neurons, associated with serotonin production, showed increased activity. Their sensory cortices were also communicating more with the frontal parietal networks than normal. This means that their ability to process sensations like touch, were intermingling with their sense of self.

“The stronger that communication, the stronger the experience of the dissolution [of self],” Tagliazucchi said.

He believes that this explains the sense of oneness with the universe that LSD users describe, due to the blurring of the lines between one’s senses and one’s self. Things that you taste, hear or see, suddenly become parts of a larger you- a shift in perspective of cosmic proportions.

“Normally our brain consists of independent networks that perform separate specialized functions, such as vision, movement, and hearing — as well as more complex things like attention,” study co-author Robin Carhart-Harris from the Imperial College London explained. “However, under LSD the separateness of these networks breaks down and instead you see a more integrated or unified brain.”

Tagliazucchi  believes that LSD creates an effect that is similar to that which people who suffer from synthesia experience – these are people who have mixed up senses and “feel”, “hear” or “taste” colors- and to whom different letters and numbers may be associated with their respective colors.

“In synesthesia, you mix up sensory modalities. You can feel the color of a sound or smell the sound. This happens in LSD, too,” he said.

LSD however takes synesthesia to a whole new level.

“And ego dissolution is a form of synesthesia, but it’s a synesthesia of areas of brain with consciousness of self and the external environment. You lose track of which is which.”

The researchers also measured the brain’s electrical activity, noting that the brain’s normal alpha rhythm (which suppresses irrelevant activity) is subdued by LSD. He believes that this causes the hallucinations to appear more realistic.

Dr Charles Grob, a psychiatrist at the Harbor-UCLA Medical Center, believes that the results of the study (which he was not a part of) could pave the way for the use of psychedelic drugs for therapy under a controlled environment. “They may genuinely be on to something. This should really further our understanding of the brain and consciousness.”

“Hallucinogens are a catalyst.”

“In well-prepared subjects, you might elicit powerful, altered states of consciousness. [That] has been predicative of positive therapeutic outcomes.”

“[There could] be a peaceful room attractively fixed up with nice paintings, objects to look at, fresh flowers, a chair or recliner for the patient and two therapists in the room,” he said. “A safe container for that individual as they explore deep inner space, inner terrain.”

The authors note that psychedelics could provide some people with a much needed shift in perspective, and perhaps a new lease on life.

“In many psychiatric disorders, the brain may be viewed as having become entrenched in pathology, such that core behaviors become automated and rigid,” the researchers wrote. “Consistent with their ‘entropic’ effect on cortical activity, psychedelics may work to break down such disorders by dismantling the patterns of activity on which they rest.”

Indeed, psychedelic drugs have already provided some patients with a reprieve from their inner demons.

“Psilocybin has been used to treat anxiety with terminal cancer patients,”  said Tagliazucchi, likely referring to a study done by Grob. “One reason why they felt so good after treatment is the ego dissolution is they become part of something larger: the universe. This led them to a new perspective on their death.”

A breast-cancer survivor who participated in the trials, described the experience to the New Yorker:

…Zipping through space as if in a video game until she arrived at the wall of a crematorium and realized, with a fright, “I’ve died and now I’m going to be cremated. The next thing I know, I’m below the ground in this gorgeous forest, deep woods, loamy and brown. There are roots all around me and I’m seeing the trees growing, and I’m part of them. It didn’t feel sad or happy, just natural, contented, peaceful. I wasn’t gone. I was part of the earth.” Several patients described edging up to the precipice of death and looking over to the other side. Tammy Burgess, given a diagnosis of ovarian cancer at fifty-five, found herself gazing across “the great plain of consciousness. It was very serene and beautiful. I felt alone but I could reach out and touch anyone I’d ever known. When my time came, that’s where my life would go once it left me and that was O.K.“

Psychedelic drugs aren’t necessarily good for everybody though; Tagliazucchi  notes that “there has been evidence saying what could happen is LSD could trigger the disease and turn it into full-fledged schizophrenia.”

“There is a lot of debate around this. It’s an open topic.”

This article (Science Explains why LSD Makes You Feel One with the Universe. Also, FYI, Reality is an Illusion) is a free and open source. You have permission to republish this article under a Creative Commons license with attribution to the author(CoNN) and AnonHQ.com.