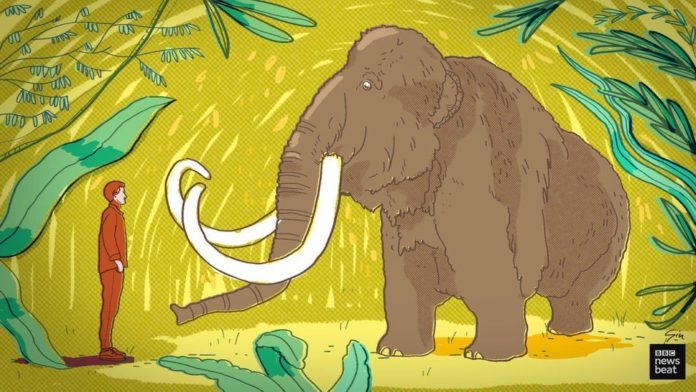 No, we have learned nothing from Hollywood.

In April, we told you how scientists at North Carolina State University found a medullary bone in the femur of a 68 million-year-old dinosaur, unearthed in Montana in 2000. It was suggested that the dinosaur fossils may contain DNA, which could be used to bring the ancient beast back from the dead. A real-life Jurassic Park was in the works, we thought. But before that can happen, we will head into a new Ice Age. So it seems.

South Korean scientists are working to both profit from, and resurrect the six-ton prehistoric beast with huge tusks and meter-long hair – the woolly mammoth, from the Pleistocene epoch – using cloning technology and the flesh of mammoth carcasses dating back to 40,000 years, found buried in Northern Siberia. Sooam Biotech Research Foundation – which clones dogs for $100,000 a pup – has partnered with Russia-based Institute of Applied Ecology of the North, and the Boyalife group – which plans to clone 1 million cows a year by 2020. They intend to explore the prospect of cloning the ancient beast back into existence. Sooam Biotech Research Foundation’s Dr Hwang Woo-Suk, a South Korean scientist with an alleged shady past, told VICE host Ben Makuch:

“My team already has tried to find the intact cell from frozen mammoth tissues from Siberia. The potential surrogate mother will be the Asian elephant. Very difficult process [but] I think we have to try.”

But why does Sooam want to clone the mammoth?

The beginning of Jurassic Park? Scientists may be in a position to bring back woolly mammoth. Playing God. Not good.http://t.co/Or6CWdgBuz

“Someone on this Earth will have to do it. And I think it’s us. We have cloning technology, if we find the viable, live cell, I believe that we can do it. Don’t you think it will be fun to find out what comes out?

“If we can bring back the extinct species, it also means that we can somehow be able to help endangered species by using our cloning process to repopulate them and help them reestablish into their environment.

“If we are successful, and if we get a mammoth, they will prepare an environment where the mammoth can survive and the mammoth can live. The closest would be Siberia, the tundra.”

But why would anyone want to bring back mammoths? Because humans want to play an active role in evolution or act as God? Or because the beasts can slow climate change? Or simply because it’s crazy?

Professor Beth Shapiro, author of How to Clone a Mammoth, told Newsbeat:

“People like mammoths. We’re not able to bring back dinosaurs – the other obvious choice of things to talk about bringing back.  Mammoths aren’t my choice, they’re everyone else’s. Mammoths are big, they’re iconic and we’re not scared of them. It is not possible to bring anything back so we’re talking about this in a speculative way.”

We already have the tech to bring back the woolly mammoth..

The question is … should we?

“Mammoths can restore the tundra to grassland. That’s big news for shifting how humans affect climate. There’s one thing only that animal can do and it’s the same thing that African elephants do on the Great Plains. They can knock over trees and keep those grasslands clear of invading forests.” Dr Hwang is not the only scientist who wants to recreate the extinct species. Harvard geneticist George Church and his colleagues inserted the DNA of a woolly mammoth into lab-grown elephant cells in 2015.

“Modifying Asian elephants with mammoth genes could help the modern-day subtropical creatures live in colder locales, possibly extending the geographical range of an existing endangered species northward to areas at much lower risk of conflict with humans.”

“Can we do it? I think the future is sort of inevitable, in that someone will be able to do it. But the bigger question, of course, is should we do it? And that’s something I’ve been juggling with for 25 years actually in the field.”

Genetic Eng George Church Plans to Bring Back Woolly Mammoth “The best way to predict the future is to change it” http://t.co/q8841rDFJs

This article (Scientists on Course to Bring the Long-Extinct Woolly Mammoth Back to Life) is a free and open source. You have permission to republish this article under a Creative Commons license with attribution to the author and AnonHQ.com.