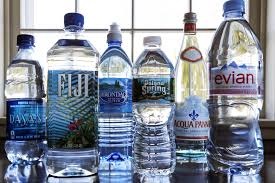 That bottle of drinking water in your hand, the one you spent around an excess of 3 dollars for, is the biggest scam created by the corporate world. The con is so large that corporations have the majority of consumers fooled, ultimately raking in billions for multinationals each year.

PepsiCo, Coca-Cola Company and Nestle enjoy a combined $110 billion a year selling bottled water worldwide, on our behalf. Fifty percent of the U.S. population alone enjoys the refreshing and cool taste of healthy, clean water. Sales for bottled water account for around 30% of liquid refreshment sales, exceeding milk and beer. But is the expensive water good for us? Is the bottled water better than the water we already get from our tap? The fear tactics used to con us into parting with our hard earned cash come via the marketing these companies have spent millions upon millions on. The conjuring of perceptions surrounding the terrible taste of tap water and the harmful chemicals it contains, are part of their ploy to offer a bottle of water to the population. Considering that the U.S., the U.K., and Australia have some of the cleanest water supplies in the world, their fear mongering is obviously working.

The “healthy alternative” is also unregulated by the standards we hold in high regard. The water provided from a public utility must be monitored under the Environmental Protection Agency standards, yet bottled water is exempt from these. What’s even more alarming is that the impurities and high levels of arsenic and fluoride found in bottled water are posing health concerns. “FDA (Food and Drug Administration) and state bottled water programs are seriously underfunded. FDA says bottled water is a low priority; the agency estimates it has the equivalent of fewer than one staff person dedicated to developing and issuing bottled water rules…” “Water fountains used to be everywhere, but they have slowly disappeared as public water is increasingly pushed out in favor of private control and profit,” states Peter Gleick, in his book Bottled & Sold. “[They] have become an anachronism, or even a liability, a symbol of the days when homes didn’t have taps and bottled water wasn’t available from every convenience store and corner concession stand. In our health-conscious society, we are afraid that public fountains, and our tap water in general, are sources of contamination and contagion.”

Now public water is no longer considered a safe option, yet bottled water is.

Bottled water such as Fiji has been found to hold 6.31 micrograms of arsenic per bottle. While under the EPA and Food and Drug Administration standards, 10 micrograms per liter is considered exceedingly high. In addition, according to Food and Water Watch, many of the other popular brands of bottled water on the market, are nothing more than filtered tap water.

This Article (The Sham We Call Bottled Water) is free and open source. You have permission to republish this article under a Creative Commons license with attribution to the author and AnonHQ.com.