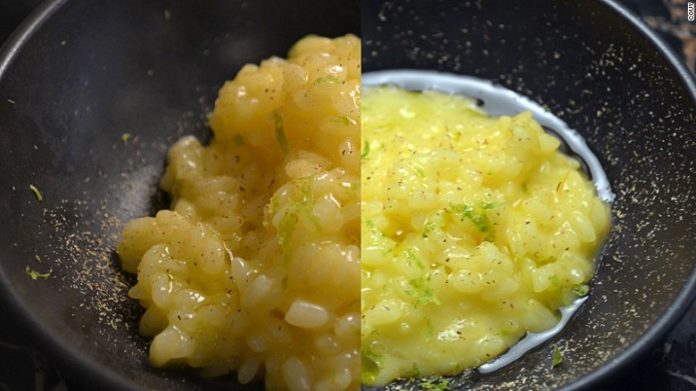 This story really explains how the mainstream media is able to mislead people for quite as long as they have so far. No, it’s not a story based on some dark CIA experiment. Nobody was electrocuted or permanently maimed in this story. In fact, it’s quite a light piece. This is not to say that the conclusion should be taken lightly, however.

Whenever we’re feeling that little bit unhappy about something, say a poorly-prepared meal or suppressed wages, not many of us dare to raise the problem up with the person who had caused our abject misery.

In fact, when dealing with the source of our problems directly( and not while complaining about it to a friend) we tend to show the opposite of what we truly feel by complimenting the lousy chef/ lazy boss/ dirty politician. This peculiar reaction highlights how hard it is for people to offend others, even those that they perceive negatively. It is not worrisome on its own; at least this reaction is a conscious one to an extent, and it certainly did not actually change how we felt about the problem…

However, a more worrisome phenomenon is the tendency of people to be beguiled into not only refusing to see the problem, but even view the problem to be a superior state of existance compared to the far superior solution!

This power of “storytelling” or the “narrative” has been illustrated in real-life, and you who is reading this article now probably have seen this for yourself. It is why you’re here, isn’t it, being slightly more motivated to find truth beneath the “narrative”? In Hong Kong, CatchOn (a “strategic consultancy” specialized in hospitality) conducted a simple experiment:

Two dishes were prepared for 48 diners at a French restaurant (there’s probably a good reason they chose people who are willing to pay a premium to eat snails… I mean escargot, mustn’t forget that narrative!),  ostentatiously because the chef needed some food tasters to help him refine his next “masterpiece”.

The dishes were basically supposed to be “saffron risotto with licorice and lime”… or in my dictionary, some weird spice, a lemon, some kid’s half-eaten candy and overcooked rice.  How do ya like them narratives?

The first dish was the authentic variant, made with a rich chicken stock and had a plain card sitting next to it listing down its ingredients.

The second was basically made from powdered stock cubes and tap water. Tasty.

The twist was that for the second dish, the chef took pains to personally describe how he had been “inspired” to make it…

“So another version of the risotto, very small changes but important ones,” Pelletier tells his diners. “Iranian saffron, Japanese rice, French licorice — this is the licorice [he holds it up]. It looks like a stick of wood, we would use it as candy as a kid and suck it — it’s weird but it’s good! Bon appetit, merci beaucoup.” In Hong Kong, licourice is fairly uncommon and as such needs to be explained… which goes to show that food snobs who have never had the kind of stuff you’re serving up are far easier to fool.

After the explanation, the unwitting shee- I mean test subjects were made to rate the attributes of the two dishes based on quality, overall taste, aesthetics, portion size and smell. They were then asked to pick their preferred version.

Some 77% of these food snobs proceeded to rate the second crappy dish as the preferred one, with the majority also claiming that it was better on every attribute queried… Even portion size… I mean seriously, the two dishes were the same size!

To be fair, we are talking about a culture that probably has no idea what to expect when it came to French cuisine. Wanting to experience something new, there was obviously going to be a lot of pressure to conform to the majority view that was being guided along by a “trusted” authority figure. “Perhaps tap-water and chicken powder served in an Italian dish is the epitome of French cuisine” is how the thinking goes. But seriously, you guys eat RICE every day. On an unrelated note, I think that the second lesson here is that all high-end food tastes worse than canned soup. Yup.

Sadly, only 23% of these people saw through the lie. I would hope that when one takes this experiment outside of a pretentious atmosphere, where the whole point is to be “beguiled” (fooled) into paying more for an “experience”, a higher proportion of people would be able to stand up for their own opinions… and indeed hopefully possess their own opinions. Hopefully.

The next time someone tells you that the “lobster bisque had an exquisite taste mingled with Tibetan salt an-” rudely interrupt him and say “that giant prawn tasted like sh** and balls”.

This Article (Snobby Dinners Convinced That Crappy Food Is Awesome) is free and open source. You have permission to republish this article under a Creative Commons license with attribution to the author(CoNN) and AnonHQ.com.