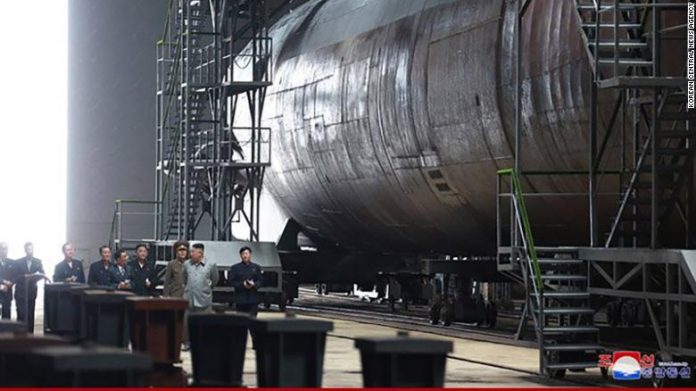 Pyongyang is currently believed to have a fleet of aging, low-tech submarines numbering at about 70, but they are considered loud (and thus can easily be detected) and most importantly incapable of firing nuclear-armed ballistic missiles. 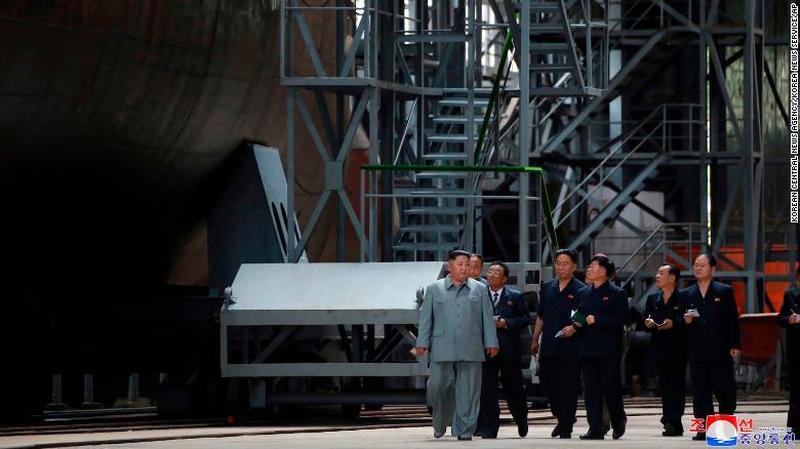 However, in 2016 the north successfully test-fired a submarine-launched ballistic missile (SLBM) in a bid to establish faster deterrence capabilities.

Based on the new photographs, the current sub under development appears significantly larger than the one deployed during the 2016 test.

One analyst, Dave Schmerler at the James Martin Center for Nonproliferation Studies, said this means a new missile test is on the horizon as soon as the sub is operational.

“If this submarine is built for carrying and launching SLBMs it is more than likely that they would test it, to ensure that it works the way they would need it to,” he told CNN. 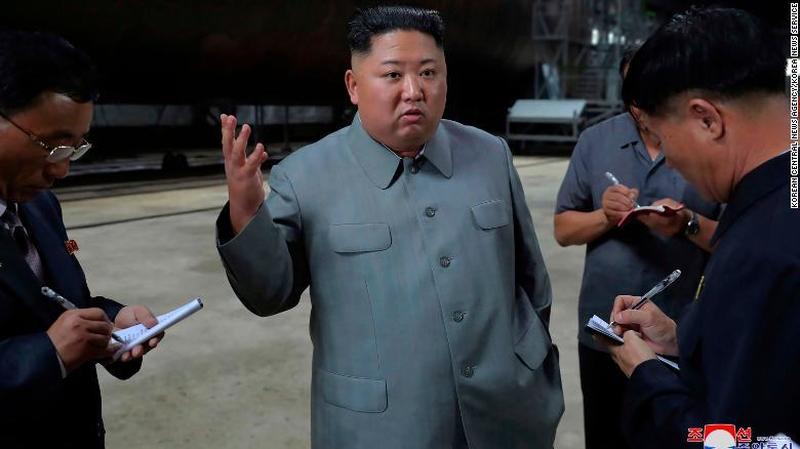 Kim was quoted as saying the submarine will be deployed off of North Korea’s east coast, adding further that it marks “an important component in national defense of our country surrounded by sea on its east and west.”

KCNA claimed the timetable for the submarine to set sail “is near at hand.”

Kim further expressed “great satisfaction” during the inspection and photo-op, and further “stressed the need to steadily and reliably increase the national defense capability, by directing big efforts to the development of naval weapons and equipment, such as submarines,” KCNA reported.

More images this morning via the KCTV broadcast of the visit. pic.twitter.com/btsMM5iaF1

While the location was not revealed, and little to no details were given on the submarines specs or planned capabilities, it’s likely the photo-op was designed to maintain leverage with Washington at a moment Kim and President Trump recently agreed to resume denuclearization talks. However, it’s unclear how far the planned resumption of talks have moved, if at all.