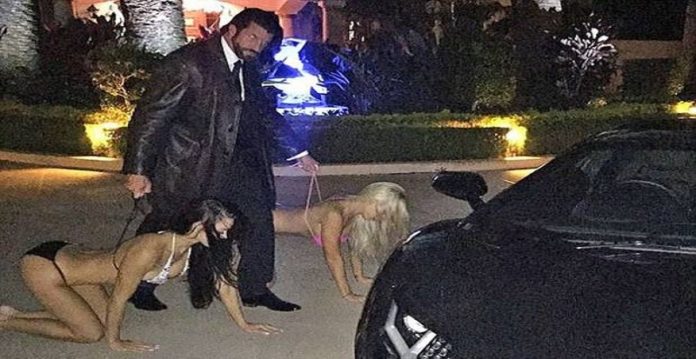 A study that was conducted by the Journal of Counseling Psychology and published by the American Psychological Association indicates that men who see themselves as “playboys” and as having power over women, are more likely to have poor mental health then men who conform to less traditional masculine norms.

First, it can easily be assumed that anyone who exhibits a desire to have power over another human can have poor mental health – and we see examples of humans exerting power over others all throughout the world. That being said, these individual forms of power imbalance, such as the unjust power American police hold over civilians; or the corrupt power the Federal Reserve holds over currency, are rightly differentiated and focused on, in an effort to bring attention to that specific problem.

Abusive relationships exist due to a power imbalance between partners; and while men can and do experience abuse in relationships, statistics show that women are more often victims of abusive relationships than men. This in turn makes the topic focused on in this report a reasonable one that should be held to the same standards and practices.

In related news: 30 Shocking Domestic Violence Statistics That Remind Us It’s An Epidemic

Whether you are (or identify yourself as) male or female, and no matter where you sit on the vast rainbow that is human sexuality, the one thing important is gender identity. Our sexuality plays a large role in defining who we are as individuals; but how many gender norms are programmed into our psyche from youth? Russell Brand addressed this question on his YouTube show, The Trews:

The authors of this particular study “conducted meta-analyses of the relationships between conformity to masculine norms (as measured by the Conformity to Masculine Norms Inventory-94 and other versions of this scale) and mental health-related outcomes using 78 samples and 19,453 participants.” The meta-analysis used scales that relied on the following 11 dimensions of masculine norms to measure which were associated with positive or negative mental health and psychological help seeking: winning, emotional control, risk-taking, violence, dominance, pursuit of playboy behavior, self-reliance, primacy of work, power over women, disdain for homosexuals and pursuit of status. IFL Science’s report continues:

In fairness, IFL Science also brings to attention that researchers have cautioned that the study adopts an “outdated and simplified approach to gender norms that fails to address the complexities of masculinity – particularly experiences of men of diverse sexual orientations, cultural or ethnic backgrounds.”

Dr. Jo River, a researcher in men’s health and suicide prevention from the University of Sydney stated the following:

“It’s an idea and view of examining men and men’s lives that I think is problematic for a lot of reasons. The key is that men’s attitudes towards ideals of masculinity don’t tell us about the power relationships among men and masculinities, and how this impacts on the mental health outcomes for some men, in particular how men from diverse backgrounds are impacted by those men who choose to embody these dominant ideals of masculinity.”

Professor Raewyn Connell of the University of Sydney echoed Dr. River’s concerns, stating that it would be unwise to draw practical conclusions from the research. Connell elaborates that though the statistical technique of meta-analysis has value, it adds other difficulties of interpretation, and to assume the study could provide any clear or substantial evidence is a “major stretch.”

Be that as it may, Associate Professor in Sociology at the University of Wollongong, Michael Flood, says that there are many other studies that have followed men over long periods of time and found that those who strongly endorsed masculinity were more likely to take greater risks with their health, and show poorer overall health behaviors.

“We know that key elements of traditional masculinity – such as stoicism, self-reliance and dominance – shape men’s health. There’s consistent evidence that when men take on those traits and emphasize those traits in themselves, they show poorer mental health and are also less likely to seek help when their physical and emotional health is poor.”

Many people who’ve never experienced the negative effects of certain biases, prejudices, social norms, etc. have a hard time accepting the validity of their existence, however one needs only gaze a bit deeper into society to see the instances all around them. While on the topic of masculine-norms, take as an example this article published at a seduction community website that provides “cutting-edge dating advice for men” titled, “How to Control and Dominate Women.”

This article (Study: Poor Mental Health Associated to Men who Want Power Over Women) is a free and open source. You have permission to republish this article under a Creative Commons license with attribution to the author and AnonHQ.com.