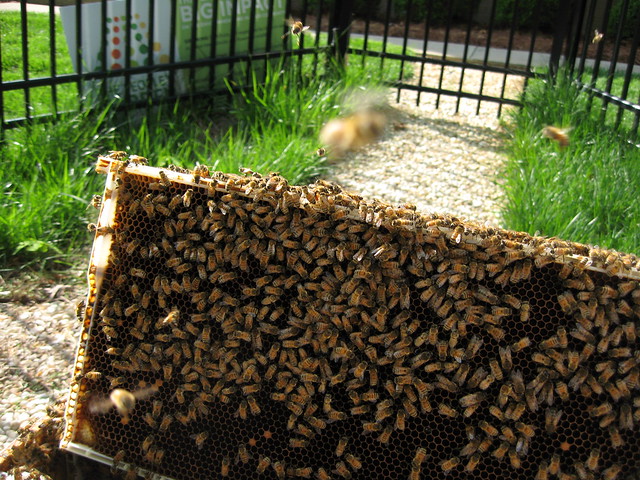 Since 2006, honeybees in the U.S. have been dying off in record numbers. Last year alone, domestic beekeepers estimate a loss of 40 percent of their colonies. The phenomenon, dubbed Colony Collapse Disorder, has been blamed on mites, fungi and even global warming. But now the evidence is in: neonicotinoids wreak havoc on bees.

The study is the first of its kind in the U.S., in that the focus is strictly on the use of these common insecticides used on food crops like citrus and corn and their effects on bee populations. Whether sprayed on crops or coated on seeds, these poisons work their way into the bees’ central nervous system, causing paralysis and death.

“Unlike pesticides used as sprays or granular applications, those used as seed coatings carry no restrictions or mandatory safety measures when farmers and others handle them. It’s a critical oversight because the vast majority of neonicotinoids are used in that format,” said Center for Food Safety attorney Peter Jenkins. 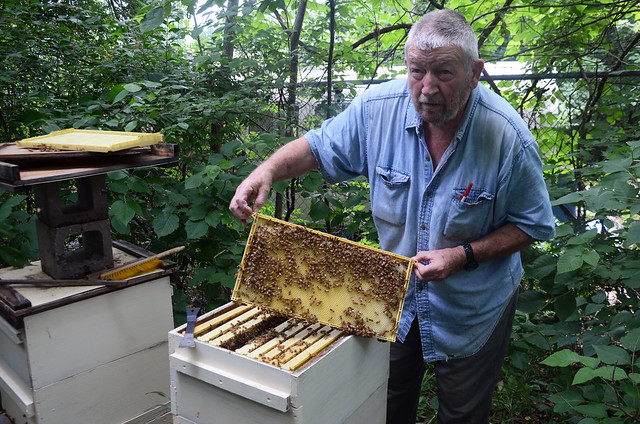 Because humans only seem to attach importance to things based on their relevance to ourselves, without bees, we would no longer be able to grow alfalfa, almonds, apples, beans, berries, broccoli, cabbages, cantaloupes, cauliflower, citrus, eggplants, grapes, peaches, pears, peppers, tomatoes and watermelons.

The EPA is currently accepting public comment on their findings; at the end of the year, the agency is expected to make a ruling on whether or not, or under which conditions, specific neonicotinoids should continue being used in the agricultural industry.

In a separate but related matter, Monsanto, manufacturer of widely-used pesticide glyphosate or Roundup, is suing the California Office of Environmental Health Hazard Assessment to stop them from listing Roundup under Proposition 65 as a known human carcinogen. The World Health Organization ruled last year glyphosate causes cancer in humans, and Prop. 65 stipulates scientific bodies’ research is used to determine which materials are listed as potentially carcinogenic in the state of California.

This Article (Surprise! Pesticides Kill Bees, Cause Cancer) is free and open source. You have permission to republish this article under a Creative Commons license with attribution to the author and AnonHQ.com