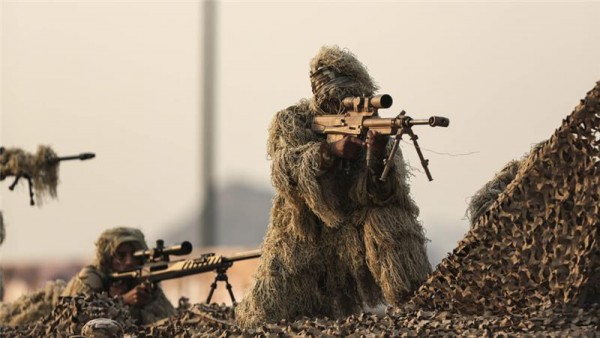 The Arab coalition fighting the self-proclaimed Islamic State of Iraq and Syria (ISIS) is considering sending ground troops to Syria.

In December 2015, Saudi Arabia announced the formation of an alliance made up of some 34 Muslim nations to fight ISIS, and other radical extremist groups, posing threat to international peace and security. The coalition claims the goal of the ground troops in Syria is to liberate towns that have fallen into the hands of ISIS. According to media reports in the Gulf, the United Arab Emirates (UAE) is the leading nation in the coalition pushing for the deployment of the ground troops in Syria.

At a brief meeting held at NATO headquarters among the coalition chaired by the US Defense Secretary, Ashton Carter on February 12, the UEA expressed the desire to have ground troops in Syria, urging Saudi Arabia to support the proposal. The UAE said its ground troops, made up of special commandos, will focus on recapturing the city of Raqqah, the de facto capital of ISIS. It is expected that these commandos will be integrated with a Saudi Special Forces and local Arab fighters, who are determined to recapture the city.

At the moment, it is unclear how many boots will be sent on the ground in Syria. And to even compound the situation, there seemed to be disagreement within the coalition on sending ground troops.

Al Jazeera reported that Saudi Arabia’s army spokesman, Brigadier General Ahmed Asseri, said his country would only authorize the deployment of ground troops in Syria if there is a consensus in the coalition. General Asseri was quoted as saying “It is too early to talk about such options. Today we are talking at the strategic level.”

Observers say this statement by the Saudi army chief showed the disagreement within the coalition over the deployment, despite the meeting at the NATO headquarters with the Americans.

Since the US-led air campaign began against ISIS in June 2014, the US has also worked to recruit local forces in Syria to fight against the group. Some critics have accused the US of arming extremist groups to exacerbate the war, but Mr Carter has said those who are receiving American support have been scrutinized well. Meanwhile, the Russian Prime Minister, Dmitry Medvedev has warned that the deployment of any foreign ground troops in Syria could result in a world war.

In an interview published by the German newspaper Handelsblatt, PM Medvedev was quoted as saying “a ground operation draws everyone taking part in it into a war. The Americans and our Arab partners must consider whether or not they want a permanent war”.

The Russians too, are in Syria fighting against ISIS, and other rebel groups opposed to the Syrian regime of Bashar al-Assad. Mr Medvedev also criticized the US’s refusal to collaborate with Russia in the fight against ISIS in Syria. He said the relationship between Russia and the US-led coalition in Syria is not good, stating there needs to be closer collaboration in order to defeat ISIS in the region.

The Syrian civil war began in the early spring of 2011. It was a nationwide protest against President Assad’s government; however, it soon degenerated into an armed conflict, with rebel forces vowing to remove Assad from power. It has been estimated that between 140,000 and 350,000 people have died so far from the conflict. In March 2015, Al Jazeera estimated that some 10.9 million Syrians—almost half the population—have been displaced, and 3.8 million have been made refugees in other countries.

This Article (Syrian Civil War: Arab Coalition Prepares Ground Assault Against ISIS, Russian PM Warns Of A World War) is a free and open source. You have permission to republish this article under a Creative Commons license with attribution to the author and AnonHQ.com