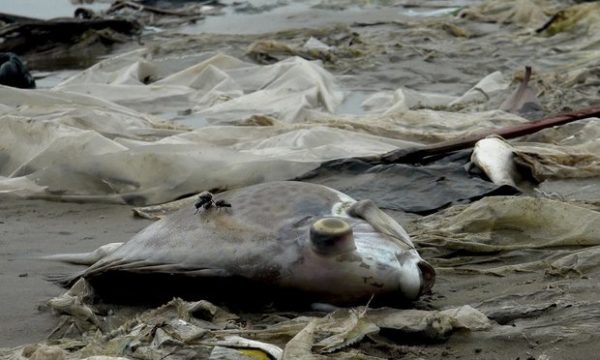 A Taiwanese steel company operating in Vietnam, has admitted spilling toxic waste into the waters of the country, killing more than 70 tonnes of fish.

Vietnamese officials said the toxic spill effected four provinces including Ha Tinh, Quang Binh, Quang Tri and Thua Thien Hue. The spill is believed to have happened in April this year. Some local residents in the suffering provinces first discovered the disaster. The company initially denied the spill. This led to a series of protests against the company, inside and outside the provinces. It is estimated that more than 200 km’s of the country’s central coastline has been devastated. But now, the Formosa Ha Tinh Steel Corporation, a subsidiary of Formosa Plastics Group in Taiwan, has admitted it had caused the environmental disaster. To mitigate the situation, Formosa has pledged $500m to clean up the environment and compensate residents, including helping fishermen to find new jobs.

The chairman of the Formosa Ha Tinh Steel company, Chen Yuan-Cheng officially apologized in a video to the country, accepting his company’s culpability for the disaster.

“Our company takes full responsibility and sincerely apologizes to the Vietnamese people … for causing the environmental disaster which seriously affected the livelihood, production and jobs of the people and the sea environment,” Mr Yuan-Cheng said.

Mr Yuan-Cheng also said his company was working to fix shortcomings at the steel plant’s waste water treatment facility that were behind the disaster. A Vietnamese government minister, Mai Tien Dung explained how the disaster was caused. Dung said waste water containing toxins such as cyanide and carbolic acids, were released into the sea during a test run of Formosa’s plant.

Those suffering most from the spill are fishermen residing in the country’s coastline. Reportedly, many of the fishermen have been rendered jobless. Already, more than 70 tonnes of dead fish have washed ashore.

Fisherman Phan Thanh, from Quang Tri province, confirmed to the Guardian that for more than 15 days, the sea kept washing the fish ashore, making him unable to work. He said “I did not catch any live fish, only fish bones. I have never seen such massive amounts of dead fish like that before.”

The Vietnamese Fishery Association said in a statement that it strongly believe that the government will hold Formosa accountable, adding that much more needs to be done to restore the health of the environment in the four devasted provinces. Formosa is said to have invested over $10.6bn in its steel complex in Ha Tinh province. The investment also includes a power plant and a deep sea port. This makes the company one of the largest foreign investors in Vietnam.

Formosa Plastics Group is said to be one of the world’s biggest producers of poly vinyl chloride. Observers say the company seems not to have a good environmental record. Guardian reports that in 2009, Formosa’s subsidiaries in the United States were fined millions of dollars after a long-running battle over air, water, and hazardous waste violations at its two petrochemical plants in Texas and Louisiana. Meanwhile, in related developments, the Vietnamese state media reports that the country’s environmental agency has ordered inspections of a Chinese paper factory in the Mekong Delta province of Hau Giang.

It is said local residents have raised concerns that the company’s waste water treatment system was discharging toxins that polluted the Mekong River, killing fish, similar to the happenings in the other four provinces.

Vietnam’s deputy minister for planning and investment, Dang Huy Dong was quoted as saying that the government wants to attract foreign investment that is technologically advanced and friendly to the environment, and will not accept investment at any price. Dong reportedly said: “We will not trade the environment for foreign direct investment.”

This article (Taiwanese Steel Company Causes Toxic Spill in Vietnam, Kills Over 70 Tonnes of Fish) is a free and open source. You have permission to republish this article under a Creative Commons license with attribution to the author and AnonHQ.com