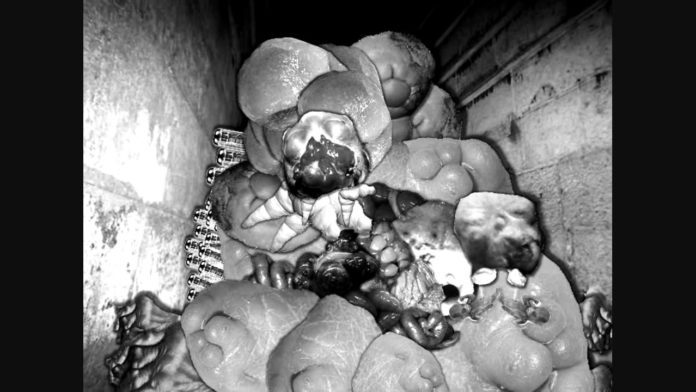 We’re all familiar with the horror stories of the Holocaust, Auschwitz and the torturous scenarios playing out behind the barbed wire fences of the many other death camps across Germany in the War. But have you heard of the equally horrific Unit 731? Unit 731 was the equivalent to Auschwitz, not by death tolls, but by the methods of torture employed on the civilian and military prisoners held captive. Not only the torture, but the underlying nature of why the Japanese employed such brutality at the time, is also shocking.

Shiro Ishii – who was never charged with any war crimes – was the commander of the Imperial Japanese Army’s Unit 731. This closely guarded secret wasn’t widely acknowledged until the mid-1980s, when the extent of the human experiments began to surface.

Cholera, anthrax, the bubonic plague and other pathogens were used to deliberately infect Chinese, Koreans and prisoners of war. What’s more, procedures on the human body – to see what it could withstand – were routinely conducted without anesthesia. Common were the live vivisections, frostbite procedures and then hitting arms to see how they broke, weapons testing and pressure chambers…to see “how much a human could take before his eyes popped out.”

Whole villages were reportedly infected with the plague and cholera as the Japanese attempted to expedite the research outcomes of such experiments, releasing infected rats into the areas.

According to one document outlining the use of Unit 731, people were often referred to as “Maruta, or wooden logs.”

The initial set up in 1938, according to many sources, was for the development of biological weapons in the event of germ warfare. With university and research support, there was always an abundance of doctors to carry out the atrocities, essentially using the person as a guinea pig. Reportedly, between 3,000 and 10,000 people were experimented on – depending on the documents you read.  A further 250,000 perished – possibly in the “field testing” through biological warfare experiments.

One of the reasons it took so long for the existence of Unit 371 surface, was the extent to which evidence and buildings were destroyed before the Japanese surrender, leaving no trace of what had occurred.

One account, by Morioka, a 72-year-old elderly farmer who served as a medical assistant in the Japanese Army remembers one young man, tied naked to a bed in preparation for a live dissection.

“The fellow knew that it was over for him and so he didn’t struggle when ‘they led him into the room and tied him down,” recalled Morioka, “But when I picked up the scalpel, that’s when he began screaming.”

“I cut him open from the chest to the stomach and he screamed terribly and his face was all twisted in agony. He made this unimaginable sound, he was screaming so horribly. But then finally he stopped. This was all in a day’s work for the surgeons, but it really left an impression on me because it was my first time.”

As nightmarish as Unit 731 sounds, today it is the immunity that was and is still granted to those who worked in Unit 731; with doctors returning to mainstream society after the war, including Ishii’s successor Dr Masaji Kitano who became the head of the largest Japanese pharmaceutical company, the Green Cross.

In 2002, reported the Australian, the courts refused to compensate 180 Chinese – victims or related to victims – for the devastation that Unit 731’s experiments caused. What’s even by far worse than refusal to compensate, is the knowledge that the U.S. government, rather than denounce such barbaric actions, covered up and kept quiet over the unit’s dark history, “in exchange for medical data.”

Viewer discretion is advised for the below clip.


This article (The Asian Auschwitz: The Atrocities of Unit 731) is a free and open source. You have permission to republish this article under a Creative Commons license with attribution to AnonWatcher and AnonHQ.com.