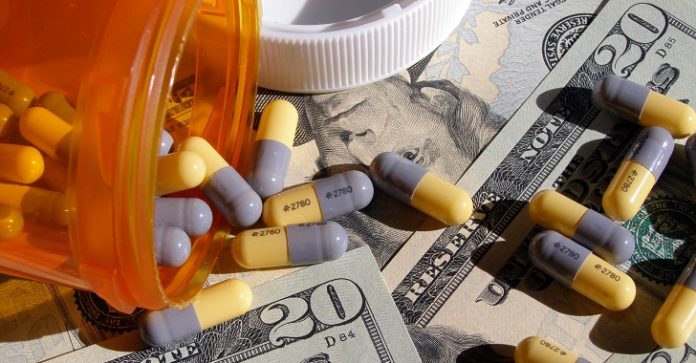 Written by Josh Mur at theantimedia.org

The infamously untrustworthy Food and Drug Administration (FDA) has furthered its reputation as one of America’s most beloved hypocrites with its latest motion. It was reported on Thursday that the FDA has just approved OxyContin prescriptions for children between the ages of 11 and 16 years-old.

For those unfamiliar, OxyContin is an opiate-based pharmaceutical painkiller used to ease severe pain. Aside from being known for its powerful effects on users, it is also notorious for its widespread abuse. Its effects on the mind and body are strikingly similar to heroin, making it dangerously addictive. It typically contains anywhere between 40-160 milligrams of OxyCodone, which lasts around 12 hours thanks to its extended release. However, abusers generally crush the pills to inhale or inject them with a syringe by mixing it with water, thus receiving a dose that is meant to stretch over a 12-hour span almost instantly.

After a 2004 study was abandoned due to an apparent lack of monetary resources, the FDA announced that pediatric studies on the effects of OxyContin would be underway in order to establish whether or not this pharmaceutical version of heroin should be available for children. After a very short period of trials and research, the FDA has concluded that three years is enough time to evaluate the long-term effects of extended use of a highly potent drug in children. Keep in mind that the FDA is the same government organization that has lumped marijuana and psilocybin mushrooms into the same category as Schedule 1 narcotics, deeming them to have zero medicinal value and heightened potential for abuse (because we all know a handful of people addicted to psychedelic mushrooms, right?).

One of the most blatant problems with this new allowance is that opiate addiction itself has become one of the most pressing health crises of modern times. In 2010 alone, 16,651 people died from opiate overdoses — making up 60% of all overdose deaths. Prescription drug overdoses are now responsible for more deaths than all illegal drug overdoses combined. Another recent study has shown that 4 out of 5 new heroin addicts initially became addicted from using prescription opiates. One can’t help but ask whether or not prescribing children OxyContin will lead to heroin addiction at an earlier age.

This is just the latest move which allows for the mass (over)medication of America’s youth. As we reported last year, at least 10,000 toddlers are now prescribed amphetamine-based ADHD drugs in the U.S.

Ironically, despite the fact that marijuana and heroin are all considered to lack any acceptable medicinal value, both of them have synthetic pharmaceutical versions available to patients. For example, Marinol and Cesamet are pharmaceutical drugs that are readily available, typically to cancer patients. The irony is in the fact that these drugs are literally modeled on active ingredients in marijuana. On the other hand, we have the drug of discussion, OxyContin, which, as stated earlier, is modeled around heroin itself. There is clearly either a major conflict of interest, unfathomable stupidity, or perhaps both.

RELATED: How an Illegal “Drug” is Reducing Opiate Painkiller Addiction

Regardless of the motive behind these contradictions, the message is clear: these regulators have proven themselves unfit to handle this sort of responsibility. Even considering the fact that children will have to undergo a more extensive evaluation than adults to obtain a prescription, these methods and regulations are supported by the imbeciles responsible for the clear absurdities stated above. Furthermore, does not the FDA’s refusal to recognize the inefficiency in its own approved medications while ignoring the success of “alternative” medicine imply that it is guilty of more ignorance than meets the eye?

Health is not a monopoly, it is a state of well-being. The fact that we have corporations and organizations that immensely benefit from the sales of medication implies two things. First, illness and injury are key components in the demand for sales, manufacturing, and further development of medicine — constituting a clear conflict of interest between the physical and mental well-being of American citizens and the financial well-being of Big Pharma. Second, it implies that the FDA’s evaluation methods are not nearly efficient enough to safely decide whether or not certain chemicals should be available for human consumption. This is why a naturally occurring chemical like psilocybin — which is proven to have not only psychological benefits, but physical benefits as well — is considered illegal in the United States.

Does the FDA need to re-evaluate its infrastructure? Do you think it is okay to prescribe children highly addictive medications? Share  your thoughts in the comments below.

This article (The FDA Just Approved OxyContin to Be Prescribed to Children) is free and open source. You have permission to republish this article under a Creative Commons license with attribution to Josh Mur andtheAntiMedia.org. Anti-Media Radio airs weeknights at 11pm Eastern/8pm Pacific. If you spot a typo, email[email protected].

Josh Mur joined Anti-Media as an independent journalist in January of 2015. His topics of interest include culture, alternative medicine, and government corruption. He currently resides in Sacramento, California, where he was born and raised. Learn more about Mur here!