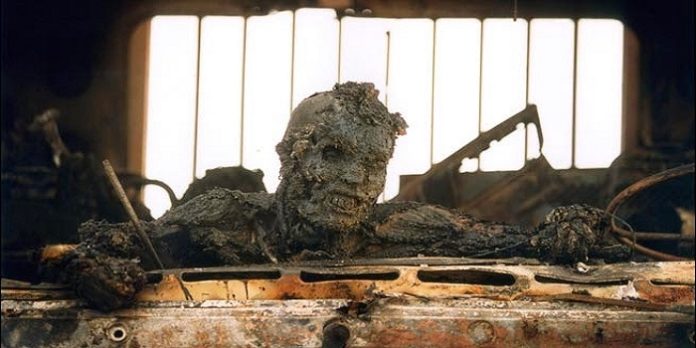 Preciously, twenty-six years ago, when the Iraqi soldiers entered Kuwait, a story started to surface about the premature Kuwaiti babies taken out of incubators and being left to die. This news quickly spread in the American media and this claim was supported by a study conducted by the Amnesty International. This was further supported by an account of a teenage girl known as Nayirah.

However, it was later revealed that Nayirah Al-Sabah was the daughter of Saud Nasser Al Saud Al Sabah, a Kuwaiti ambassador, and the story about the babies being taken from the incubator had been constructed as part of a public relations strategy, financed by the Kuwaiti authorities.

Saddam Hussein and his government were once allies with the United States; later he was exhibited as the bad guy in the testimony that made the Americans start the Gulf War.

The attack on Kuwaiti soil implied a revolutionary modification in the partnership between the two nations; the Bush government tried to rationalize its interference in the war by exhibiting a story depicting the Americans as the sponsor of independence and assisting the men, women, and children of Kuwait – who were the ‘victims’ by participating in a dispute with Iraq – the child-slayer.

All through the Cold War, Iraq was a conventional friend of the Soviet Union, however when Saddam Hussein’s became the ruler of the new Iraqi government, increasing trepidation from its neighbor Iran, along with the expulsion of the terrorists from that nation, transformed the relationship with the Americans. Hussein’s government was supplied with financial and military services, which helped them in the warfare against Iran, that went on for eight years. The war contributed to the mortality rate of more than a million troops, along with civilians casualties from both the nations, naturally leaving both nations in financial havoc.

However, compelled by their post-war situation – such as being in debt of more than $50 billion – The Republic of Iraq penetrated Kuwait on 2nd of August in 1990 – and their cause for hitting on them was because Kuwait was stealing their oil.

After the invasion, Kuwait was conquered and annexed to Saddam Husain’s government as one of its states. The U.N. released a decision on that same day, saying that it was not in the favor of the penetration and recommended Iraq to end its hostile activity.

But it didn’t stop there, there were many accounts on injustice being done after the invasion had happened, and the nation was supposedly being looted by Iraqi soldiers.

Problems occurred in finding a diplomatic option, that in the end, finished with the United Nations approving joint interference in the dispute, which included, most notably an attack on Kuwait that was later revealed to be as Operation Desert Storm.

Within the time span of no more than two months – that is after the Americans invading Kuwait – the Iraqi soldiers were defeated and were left with no other option but rather of returning back home; as the joint forces entered the soil of Iraq, which meant putting pressure on the Iraqi government for an indefinite ceasefire and to tell them that the United States was in control of Kuwait.

However, the Gulf War was the first battle that was aired live by CNN. They were given full access to the front lines in return for a total control over what they wanted to show – this eventually resulted in constant allegations towards the channel for altering the actuality of combat to gain favored support.

However, in 1992, it was uncovered that Nurse Nayirah’s account hadn’t only been false, but an important part of the Citizens for free Kuwait, a public relations plan staged by Hill & Knowlton (one of the largest and most influential public relations organization in the United States). The teenager who testified under the title and name ‘Nurse Nayirah’ was, in reality, the offspring of the Kuwaiti Ambassador to the United States at that time, who was also present at the location where his daughter was presenting lies, later viewed by millions of Americans on that day.

Furthermore, no evidence was ever found that Iraqi troops had slaughtered infants in Kuwait by removing them from incubators. Yet, babies did die when Kuwaiti physicians left their country because of the situation their nation was in. Amnesty International, which, in the beginning had verified the accounts, released a report in which they took back their support for Nurse Nayirah’s fake testimony.

Identical stories have appeared in the Syrian war that started off in six years ago; for instance, a number of accounts reported power surges across the country because of which the hospitals throughout the country have caused newborn babies to expire in non-working incubators.

This article ((Investigative) The Girl Who Sold the War to America) is a free and open source. You have permission to republish this article under a Creative Commons license with attribution to the author and AnonHQ.com.