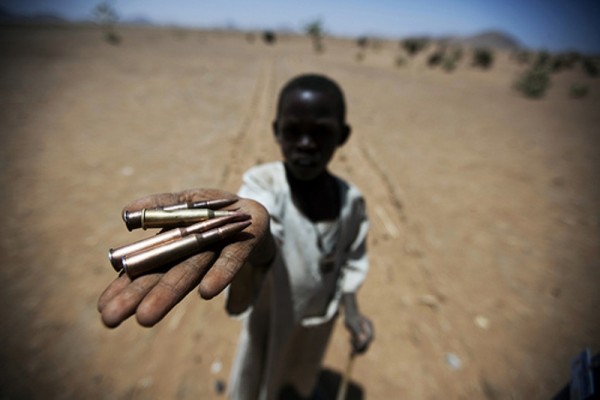 By basic definition, an armed conflict is a contested incompatibility which concerns government and/or territory where the use of armed force between two parties, of which at least one is the government of a state, results in at least 25 battle-related deaths.

If we were to go by this definition, we will not be able to end this article. We will go on and on about this piece. We are looking at active armed conflicts in Africa. The conflicts we will be looking at are major ones. Not the 25 battle-related deaths given by the preamble definition. Africa is the world’s second-largest and second-most-populous continent. It covers about 30.2 million km2 including adjacent islands, taking some six percent of the Earth’s total surface area, and 20.4 percent of its total land area. In 2013, it was estimated that 1.1 billion people live on the continent, accounting for about 15% of the world’s human population. Africa’s population is the youngest amongst all the continents. It has a median age around 19.7.

Africa is actually one of the wealthiest continents in the world in terms of natural resources. Many countries in Africa contain rich reserves of valuable minerals like coltan, diamonds, gold, and bauxite, as well as other valuable commodities like oil, gas, and timber. But the sad story is that Africa is the poorest, underdeveloped, and impoverished among the continents.

Theoretical Social Scientists in the past have put forward many theories that sought to explain Africa’s development challenges. Some of these theories are purely based on ideological perspectives. However, from our perspective, we see that one of the things we cannot exclude when discussing Africa’s stunted growth is war or armed conflict. Wars have caused much havoc on the continent in the past. Currently, it is still ravaging lives and properties, forcing feuding parties to divert scare resources to buying arms and munitions to engage in direct combat against each other. Below are some of such ongoing armed conflicts in Africa. Boko Haram is a jihadist movement seeking to establish an Islamic State in Nigeria. The group’s objective is to overthrow the Nigerian government, which it claims is too Western-friendly and does not honor Islam. This year, the group pledged allegiance to ISIS. The group was founded in 2002 in Maiduguri, the capital of the north-eastern state of Borno. However, the group became very radical, bombing and engaging the Nigerian military in direct combat in 2009. In 2014, the group gained international attention after it kidnapped some 300 schoolgirls in the town of Chibok in Borno State. Currently, the group spans across Nigeria, Chad, Cameroon, and Niger. Human rights groups estimate that Boko Haram has killed some 20,000 people, and displaced around 2.3 million vulnerable people from their homes. The Nigerian military has been more than pathetic. It has failed woefully to deal with the group. In the past, the military claimed it was not well equipped in terms of arms and munitions to engage the group but despite the recent external funding from Western countries, the military still cannot stop the group.

The Eastern African country has been in a state of turmoil since 1991, with the outbreak of the bloody Civil War. According to statistics, the Civil War claimed up to 500,000 lives, and almost entirely destabilized the Somali government. It also created an environment for al Qaeda affiliates, and other jihadist groups to grow. In 2006, a multi-ethnic jihadist group known as Al Shabaab emerged in the country. It opposes the small Somali Federal government which controls only the capital city of the country, Mogadishu.  Al Shabab fighters control vast territories of the country despite the intervention of African Union troops in the country. The Somali government insists that it is containing the jihadists, but the jihadists seem to strike when and where they like even in the Capital which is under the firm control of the government. Republic of Sudan, Rebels Vs. Government.

In north-east Africa, the region of Darfur in Sudan has been dominated by violence since 2003 when anti-government rebels, the Sudanese Liberation Movement, and Justice and Equality Movement attempted a coup. Afterwards, human rights groups alleged that the Sudanese government started committing genocide against Darfur’s non-Arabic residents. In the years that followed, it is estimated that some 300,000 people have been killed, and nearly 3 million have been displaced. The war is still ongoing. Meanwhile, the International Criminal Court has issued an arrest warrant against the country’s incumbent President, Omar al-Bashir for committing genocide, and crimes against humanity.

South Sudan is the world’s newest nation. It gained independence from the Republic of Sudan on July 9, 2011, after a bloody civil war with the Arab dominated government in Khartoum. Achieving this, citizens hoped that it will be a blessing and prosperity to improve their welfare. But a little over two years after independence, on 15th December, 2013, the government led by the president, Salva Kiir announced that his vice president, Riek Machar had led a failed coup, dismissing him from office. Since then, the conflict has taken an ethnic course. Salva Kiir is from the majority Dinka tribe while Riek Machar is from the minority Nuer tribe. And because the Dinka people dominate in the government, it is alleged that they (Dinkas) have the upper hand. The Nuers have become the rebels, opposing the government. The International Crisis Group has estimated that the death toll in the conflict could be between 50,000 and 100,000. More than one million people have also been displaced. Since the NATO backed military action that killed long time ruler Muammar Gaddafi, the situation in Libya has been difficult to assess. This is because there are many rebel factions, and even terrorists, fighting with different motives and ideologies. There is the internationally recognized body called the Tobruk government. There is also the Shura Council of Benghazi Revolutionaries, backed by the Muslim Brotherhood. ISIS also holds a small portion in the northern part of the country.  It is a complete chaos in Libya. And nobody knows when there will be peace in the country like the reign of Gaddafi.

This Article (These Are The Active Armed Conflicts In Africa Posing Great Danger To The Continent [Images]) is free and open source. You have permission to republish this article under a Creative Commons license with attribution to the author and AnonHQ.com