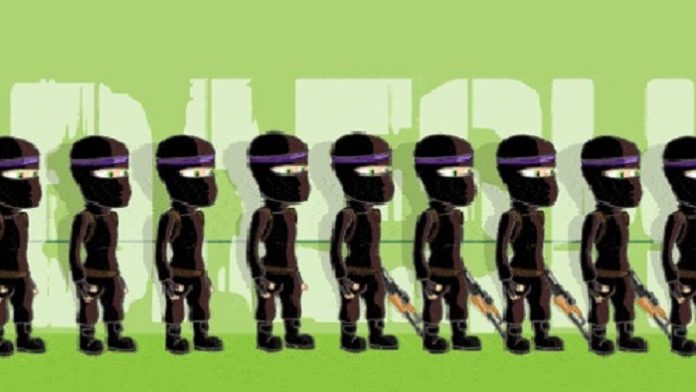 (ANTIWAR) With America’s own war in Syria vague in both scope and end-game, they’ve been eager to amass allies that seem potentially useful toward some talking point or other. In having done so, however, they’ve picked up a motley crew of “US-backed” groups that have wildly different goals.

That’s been a recurring problem, but became dramatically moreso this past week, when US-backed Turkey invaded northern Syria, and brought with it a US-backed rebel bloc that includes part of the Free Syrian Army (FSA) and the Islamist Ahrar al-Sham. Within 24-hours, both quickly got into a fight with the Kurdish YPG, who is also US-backed, putting three US allies in direct conflict. US officials have been quick to complain about the matter, arguing that fighting is “unacceptable” and that the battlefield in this area of north Syria along the Euphrates River is “getting too crowded,” but such factions were at odds from the start, making the conflicts only a matter of time.

Indeed, throughout the US war in Syria, they’ve been backing the Kurdish YPG despite explicit warnings from Turkey that it would lead to exactly what it led to, Turkish intervention to stop the Kurds from expanding further west. Turkey was very public about the Euphrates River being a “red line,” and invaded almost immediately after the Kurds captured their first city on the other side of the river.

The US calls for everyone to just focus on ISIS rings extremely hollow, because while all of these factions got into proximity with one another by taking ISIS territory (largely with the help of the US), the juiciest plums in the area are no longer in ISIS’ hands, and the fight against ISIS was always going to be followed up immediately with this fight.

This article (Three US Allies Now Fighting Against Each Other in Northern Syria) by Jason Ditz, originally appeared onAntiWar.com and was used with permission. Anti-Media Radio airs weeknights at 11pm Eastern/8pm Pacific. If you spot a typo, email [email protected].