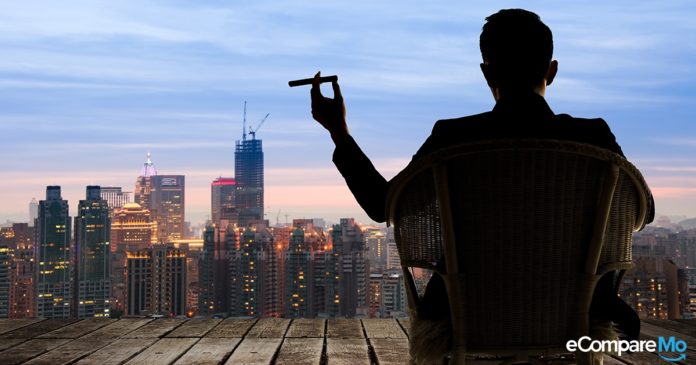 In January, Oxfam reported that the richest 1% owned 48% of all global wealth, a figure that was forecast to exceed 50% by 2016. It was also warned that the combined wealth of the world’s top 1% will overtake that of the remaining 99% by next year. Well, worldwide inequality grew even faster than experts had predicted.

The top 1% now own 50% of global wealth, a year earlier than we predicted. @maxlawsontin unpacks implications https://t.co/iCUFB5bj6R @fp2p

A report that was released in October by Swiss investment bank Credit Suisse, claimed that the top 1% of households account for half of all assets in the world – estimated at $250 trillion. The richest 10% own 87.7% of the world’s wealth, leaving 12.3% for the bottom 90% of the population. Once debts have been subtracted, a person needs only $3,210 to be among the wealthiest half of world citizens. However, a person would need $68,800 in order to be a member of the top 10% of global wealth holders, and $759,900 to belong to the top 1%. While the bottom half of adults collectively own less than 1% of total wealth, the richest decile holds 87.7% of assets, and the top percentile alone accounts for half of total household wealth. Deepening global economic inequality is being driven by American capitalism – the US has less than 5% of the world’s population, but a staggering 46% of the world’s millionaires. The report notes:

“There are strong reasons to think that the rise in wealth inequality since 2008 is mostly related to the rise in equity prices and to the size of financial assets in the United States and some other high-wealth countries, which together have pushed up the wealth of some of the richest countries and of many of the richest people around the world. The jump in the share of the top percentile to 50% this year exceeds the increase expected on the basis of any underlying upward trend. It is consistent, however, with the fact that financial assets continue to increase in relative importance and that the rise in the USD over the past year has given wealth inequality in the United States—which is very high by international standards—more weight in the overall global picture.” “The report illustrates how the ‘trickle up’ economic model is working its magic for the super rich at the expense of the rest. This is bad news for global economic growth and bad news for democracy. Our political leaders must take action now to raise the incomes of the poor and maintain the incomes of the middle class,” said Claire Godfrey, global inequality policy lead for Oxfam. Mark Goldring, the chief executive of Oxfam, told the Guardian, “This is the latest evidence that extreme inequality is out of control. Are we really happy to live in a world where the top 1% own half the wealth and the poorest half own just 1%?”

This Article (The Top 1% Now Own 50% Of World’s Wealth) is free and open source. You have permission to republish this article under a Creative Commons license with attribution to the author and AnonHQ.com.