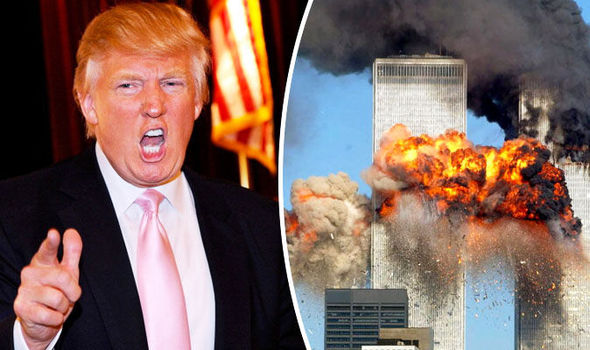 As election fever dies down to be replaced by either disbelief or celebration, depending on who you are, Donald Trump interviews and content are beginning to resurface.

A phone interview with Donald Trump, which appears to have been overlooked at the time of the 9/11 attacks, has him speaking frankly about what he believes brought down the Twin Towers, after witnessing the saga unfold from his own office.

The question is posed to Trump at 5:14: Was it architectural defect, planes or bombs that caused the collapse of the Twin Towers?

During the interview with WWOR/UPN 9 News, Trump, without hesitation, states that the buildings didn’t come down due to “architectural defect.” Trump continues, “Don’t forget, that took a big bomb in the basement.”

The building, he said, was an “unbelievably powerful building … it was the strongest structure you could have.”

Trump was taken by a structural engineer to see the basement, only days after the attack. “There was a hole in the steel … I happen to think that they not only had a plane but they had bombs that exploded almost simultaneously, [be]cause I just can’t imagine anything being able to go through that wall.”

Be it that you love or hate Trump, this interview post 9/11, does shine some light on the biggest attack that occurred on United States’ soil; one that altered the world as we once knew it.


This article (Trump on 9/11: “That took a big bomb in the basement”) is a free and open source. You have permission to republish this article under a Creative Commons license with attribution to the author AnonWatcher and AnonHQ.com.