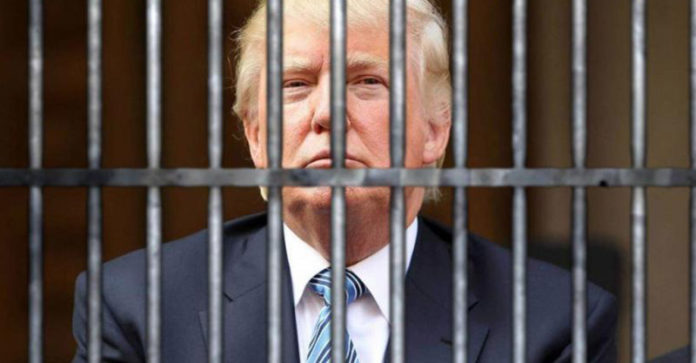 by Deirdre Fulton at commondreams.org

‘Support for impeaching Trump has crept up from 35 percent two weeks ago, to 40 percent last week, to its 46 percent standing this week’.

Two new polls reflect poorly on President Donald Trump’s brief tenure in the Oval Office, with one showing his administration is tarnishing Americans’ view of U.S. popularity around the world, and another finding voters are already evenly divided on the issue of impeaching the president.

The Gallup poll released Friday finds Americans believe the world at-large sees the U.S. more unfavorably (57 percent) than favorably (42 percent)—the worst assessment of the country’s image in almost 10 years. “The 42 percent favorable rating is one of the lowest since Gallup began asking this question in 2000 and may be attributable to the election of Trump, whose sometimes controversial statements and actions have rankled several world leaders,” the polling outfit wrote.

According to the same survey, fewer than three in 10 Americans (29 percent) say leaders of other countries have respect for the new president, with 67 percent saying world leaders do not have much respect for him. This is a sharp turnaround from how people perceived the prior two presidents. The Gallup poll was conducted February 1-5 with a margin of error of +/- 4 percentage points.

The first PPP poll of Trump’s presidency in late January found voters were evenly divided on Trump, with 44 percent approving of him and 44 percent disapproving. Now, his approval rating is 43 percent, while his disapproval has gone all the way up to 53 percent.

While Hillary Clinton voters initially only supported Trump’s impeachment 65% to 14%, after seeing him in office over the last few weeks that’s gone up already to 83% to 6%.

The agency identifies several reasons for Trump’s troubles, as per conversations with voters:

Respondents also told PPP that the television program “Saturday Night Live” has more credibility than Trump (48-43 percent, with 10 percent “not sure”).

“Finally,” PPP writes, “we continue to find that unhappiness with Trump—and with Congressional Republicans—could help Democrats to make big gains in 2018. Democrats lead 49/41 on the generic Congressional ballot. That’s partially a product of Trump’s unpopularity but also an outgrowth of [House Speaker] Paul Ryan (35/47 approval), [Senate Majority Leader] Mitch McConnell (23/52 approval), and Congress as a whole (16/68 approval) being unpopular in their own rights.”

The PPP survey was conducted February 7-8, with a margin of error of +/- 3.7 percentage points.