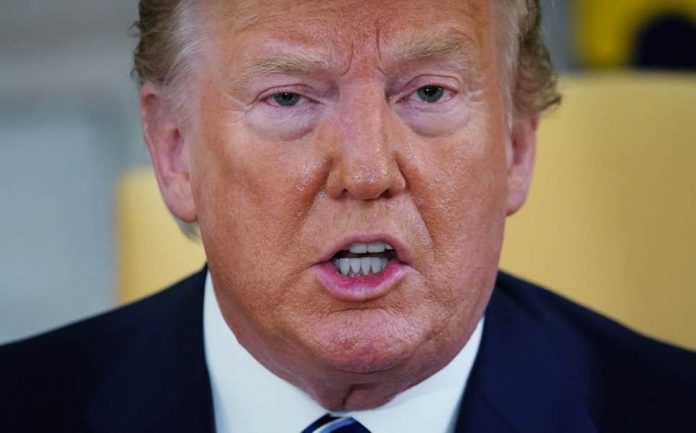 The conflict between the United States and Iran would almost have escalated: US President Donald Trump had approved air strikes on Iran on Thursday, but then abruptly stopped them on the night to Friday. The attack was already in its infancy when it was called off.

“We were cocked & loaded to retaliate last night on 3 different [sites] when I asked, how many will die. 150 people, sir, was the answer from a General,” Trump tweeted Friday morning. “10 minutes before the strike I stopped it, not proportionate to shooting down an unmanned drone. I am in no hurry, our Military is rebuilt, new and ready to go, by far the best in the world.”

Earlier reports quoted unnamed sources saying Trump went back on his decision to retaliate against the advice of Secretary of State Mike Pompeo and national security adviser John Bolton.

The planned strikes could have targeted Iranian surface-to-air missiles like the one used to target the drone.

Iran and the United States gave conflicting stories on what happened to the downed Navy RQ-4 drone. Tehran said it entered Iranian airspace while U.S. Central Command said it flew in international waters.

Trump gave no indication of a military strike during a speech Thursday, saying the unmanned aircraft could have been shot down without the leadership knowing.

“I find it hard to believe it was intentional,” Trump said. “Let’s see what happens. This is a new fly in the ointment — what happened, shooting down the drone — and this country will not stand for it.”

“The president may not intend to go to war here, but we’re worried that he and the administration may bumble into a war,” Schumer said.

Gen. Hossein Salami, commander of the IRGC, said shooting down the drone sent a clear, decisive, firm and accurate message.

“The message is that the guardians of the borders of Islamic Iran will decisively respond to the violation of any stranger to this land,” he said. “The only solution for the enemies is to respect the territorial integrity and national interests of Iran.”

Earlier Thursday, the Federal Aviation Administration issued an emergency order prohibiting U.S.-registered aircraft from flying over the Persian Gulf and Gulf of Oman.

Iran Shoots Down US Drone (Video) – Trump: ‘You’ll soon find out’ if US will strike Iran