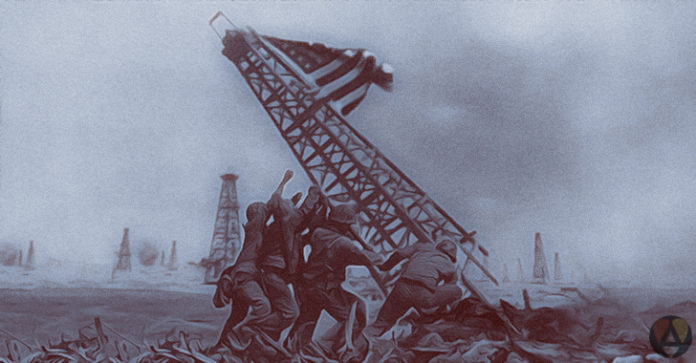 Even as Pentagon officials have sought to emphasize their claims of ISIS being “on the run,” ever more US ground troops are being deployed into Iraq to try to cope with ISIS offensives, with the battle of Makhmur leading to the introduction of US Marines in front-line combat roles.

Officials are trying to downplay the operation as “force protection” for Iraqi ground troops, who have been massing in the area in an effort to ultimately launch an attack on the ISIS-held city of Mosul, not far away.

The explanation is unsatisfying for several reasons, but primarily because this “tactical assembly area” already includes thousands of Iraqi troops and Kurdish Peshmerga, and these are the same troops who are supposed to attack Mosul. Yet these troops are apparently unable to even hold Makhmur, let alone advance toward Mosul.

The Makhmur District is also a key to holding oil fields around Kirkuk, and the ISIS offensive is seen by many analysts as part of an effort to ultimately regain control over those lucrative oil fields, and have been “outgunning” the thousands of Iraqi troops in the area.

Whether they’re trying to save Iraqi ground troops who still can’t stand up to ISIS, or save oil fields, however, the latest escalation puts US troops even further in harm’s way, and has put the war even further afield from the “no boots on the ground” affair initially promised by the Obama Administration.

This article (US Marines Enter Ground Combat in Iraq to Defend Oil Fields) originally appeared on AntiWar.com and was used with permission. Anti-Media Radio airs weeknights at 11pm Eastern/8pm Pacific. If you spot a typo, email [email protected].