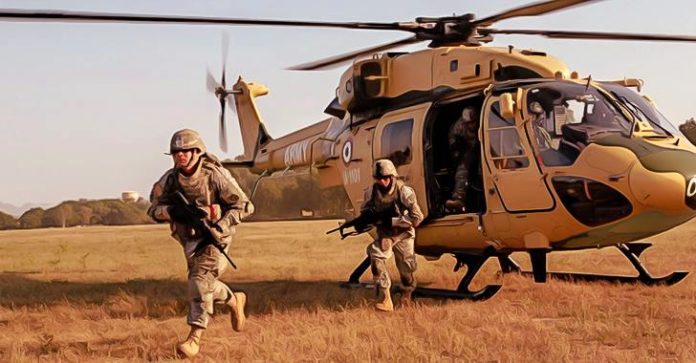 (ANTIWAR) Adding to the ever-growing number of US military deployments into Eastern Europe, the Army announced over the weekend that the US will send some 1,000 US troops and vehicles to Orzysy, a town in northeastern Poland, another deployment done as part of the huge “spearhead” force against Russia.

Orzysy is just 85 miles away from the border with the Russian exclave of Kaliningrad, and officials are saying that this new collection of ground troops is being put there as part of an effort to “deter Russia,” part of a long-standing NATO narrative of a possible Russian invasion of Europe.

In addition to this large Baltics force, the US also launched two other ground deployments into Eastern Europe in the last week, with troops sent to both Bulgaria and Romania. More deployments are likely to be announced on top of all of this, with Lithuania complaining the thousands of NATO troops sent to the Baltics is no longer enough.

Nations like Poland and Lithuania see the deployment of foreign ground troops are a financial and technological boon, with Western European and US troops expected to provide both an influx of cash into the areas they are deployed and to give the nations access to more advanced military equipment. This has given them a strong incentive to keep playing up the “Russian threat,” and to fly into a rage at the suggestion of normalizing ties with Russia.

By Jason Ditz / Republished with permission / Anti-War.com / Report a typo