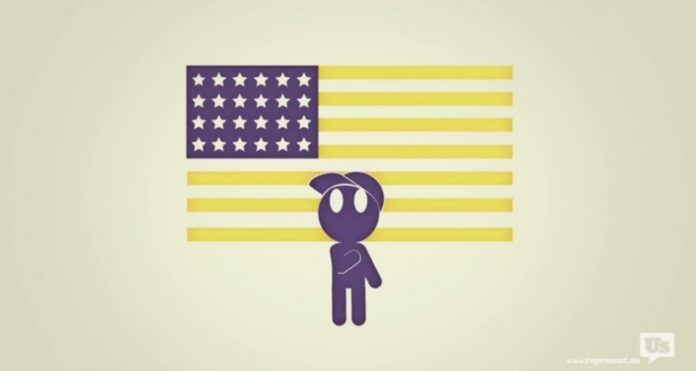 Does the government represent the people? According to Professor Martin Gilens of Princeton University and Professor Benjamin I. Page of Northwestern University, the answer to that question is a resounding ‘no’.

The two conducted a study in which they compared what the American people wanted to what the government actually did by taking data from nearly 2000 public opinion surveys, and comparing them to the laws that were passed. The results were disappointing, to say the least:

In essence, 90% of Americans’ opinions have no impact whatsoever. The one thing that does have an impact, of course, is money.

While the American people struggle to get politicians to address the issues regarding education, medicine, and taxes, moneyed interests get what they want directly. This is how corporations are able to run the government—they’ve got all the politicians eating out of their hands because it’s greed that runs this country. We have to ask ourselves how many people we know would happily sell their grandmother’s soul if some guy in a suit handed them a briefcase filled with millions of dollars, and then put that realization into context.

On top of this, while the government is payed off in billions of dollars, this in turn ends up costing the American people trillions.

While the 200 most politically active companies in the U.S. spent $5.8 billion influencing the government over the last five years, taxpayers have paid $4.4 trillion in support, earning those companies 750 times their investment.

Winning elections costs money as well. As of 2014, in order to win a seat in the Senate, candidates need to raise $14,351 every day. Only .05% of Americans donate more than $10,000 during elections, so of course candidates are going to turn to corporations first, and they’ll be indebted to them once they win.

According to those at Represent.us, elected officials spend 30-70% of their time in office fundraising for their next election, and when they’re not fundraising, they have no choice but to uphold the laws they passed to keep their major donors happy. Either that, or they won’t be able to run for the next election.

Politicians are nearly useless to the people—they are here to serve the corporations. We’re merely the “worker bees” in this arrangement.

This Article ([Video] Corruption is Legal in America) is a free and open source. You have permission to republish this article under a Creative Commons license with attribution to the author and AnonHQ.com.