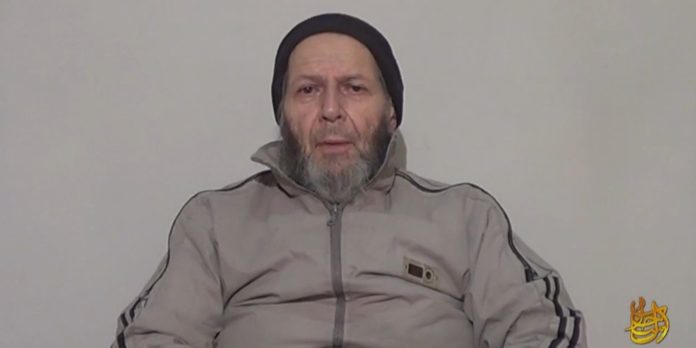 There are already numerous cases of people calling the police, and finding that rather than being helped with their disabled relative…. The police took the initiative to permanently eliminate their problems. What happens when you ask the Government for aid, then?

Well, ask Warren Weinstein. Or rather, don’t ask him. You guessed it, he’s quite dead.


A CIA drone strike in Pakistan killed American and Italian aid workers Warren Weinstein and Giovanni Lo Porto, both of whom were being held hostage at an al Qaeda compound. The Wall Street Journal claims that, the January strike was the first “known” instance of a U.S. drone killing innocent hostages.

It should be noted that Weinstein claims that he was in Pakistan to help his government, though his actual purpose in Pakistan is not well documented. Well, Weinstein, your government hasn’t forgotten your service! Weinstein also pleaded directly to Obama, addressing him by name, telling him that since he is in his final term he can take “hard decisions without worrying about reelection”. So, if you’re asked to “help” your country in a war-torn land, never ever expect it to return the favour. Even if reelection was not an issue.

The demands of his captors was apparently for Guantanamo to be closed, a topic that Obama himself had campaigned on. Well, this sure is one way of eliminating a persistent ethical dilemma….. “Oops”, looks like we won’t have to close Guantanamo any time soon….

President Obama gave a statement about the blunder in an announcement from his press office this morning. “As president and as commander-in-chief, I take full responsibility for all our counter-terrorism operations, including the one that inadvertently took the lives of Warren and Giovanni,” Obama said. “I profoundly regret what happened. On behalf of the United States government, I offer our deepest apologies to the families.” Apparently he did not regret the operation enough to have negotiated for his release….
According to the White House, the strike that killed Weinstein and Lo Porto also killed Ahmed Farouq, an American al Qaeda leader. Adam Gadahn, another American al Qaeda member, was also killed in January, “likely in a separate U.S. Government counterterrorism operation,” the statement reads.

The CIA had observed what they believed to be a senior al Qaeda member entering the compound in the days just before the strike but intelligence analysts didn’t know that it was Mr. Farouq, the officials said.

Similarly, the CIA didn’t know that Mr. Gadahn was at the compound that it bombed later in the month. Basically the CIA doesn’t know anything. Well-dressed dude goes into building? Must be important, let’s bomb it. Hey, we were right for once…. It wasn’t a wedding this time!

The White House normally would need to seek special legal clearances to directly target American citizens suspected of plotting attacks against the U.S. That process didn’t apply in these cases because Messrs. Farouq and Gadahn weren’t being directly targeted in the operations, officials claimed. That’s actually pretty funny. Their intel really is piss-poor; why bother when all you have to say is “oops” every time you kill innocent people?

However, when they just happen to kill a whole bunch of people who annoy them… On two separate occasions in the same month… That sure is some coincidence. Bet they needed to wait for three months to give all this a “let’s keep doing the same thing despite this tragedy because terrorism” spin.

The White House will declassify the existence of the operation that killed Weinstein and Lo Porto, and plans to conduct a review of the incident.

Weinstein’s family released the following statement demanding an “independent investigation of the circumstances” that led to his death, and had this to say:
“Unfortunately, the assistance we received from other elements of the U.S. Government was inconsistent and disappointing over the course of three and a half years. We hope that my husband’s death and the others who have faced similar tragedies in recent months will finally prompt the U.S. Government to take its responsibilities seriously and establish a coordinated and consistent approach to supporting hostages and their families.” I don’t think so.

To the partisan commenters who support Obama no matter what, I’ve said the same crap about Bush so don’t go spamming “OMG racist” or “OMG White-hater” just to protect your chosen puppet.