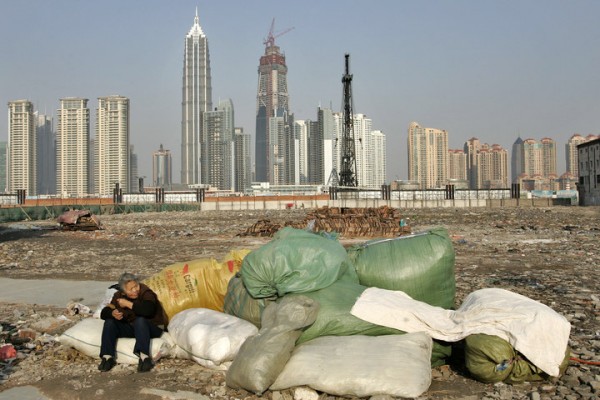 A new report by the UK-based charity, Oxfam has revealed that just 62 individuals now have the equivalent combined wealth of the world’s half population.

Oxfam said wealth is being concentrated in the hands of increasingly fewer people, while the world’s poorest continued to get poorer. In 2010, some 388 people owned as much as the world’s poorest 50 percent, but this has reduced to 62 in 2016, raising concerns that the gap between the rich and the poor is widening at an unprecedented rate.

Oxfam is an international confederation of 17 organizations working in approximately 94 countries worldwide to find solutions to poverty and what it considers injustice around the world. The organization said super-rich individuals saw an increase of 44 percent since 2010, taking their cumulative wealth to $1.76 trillion, which is equivalent to the total wealth owned by 3.5 billion of the world’s poorest people.

But the report said the wealthiest 1% of the world’s population took $68 trillion of this increase, which is almost half for themselves, and an average of $762,700 each. The rest of the top 10% took another $48 trillion for themselves, an average of $72,600 each. The remaining 90% of the world’s population were left with just $17 trillion between more than 6 billion people. This shows that wealth is becoming increasingly concentrated in fewer hands. Observers say the concentration of wealth is just the most shocking aspect of a much wider global wealth gap facing the world.

The report also said tax havens are helping corporations and individuals to stash away about $7.6 trillion, depriving governments around the world of $190bn in tax revenue every year.

Africa, where poverty is on the rise than any continent was highlighted in the report. The report revealed that as much as 30% of all African financial wealth is estimated to be held offshore, costing an estimated $14 billion in lost tax revenues every year to the continent. Oxfam said this lost money is enough to pay for healthcare for mothers and children in Africa, and that could have saved the 4 million children’s lives a year the continent loses, as well as employing enough teachers to get every African child into the classroom to study.

In January 2015, Oxfam warned that the combined wealth of the richest 1% will overtake that of the other 99% of people in the world in 2016, unless the trend of rising inequality is checked.

Oxfam Australia’s Chief Executive, Helen Szoke told Al Jazeera English in an interview that there were no appropriate mechanisms to check if wealth was being shared appropriately, and that this has contributed to the super-rich individuals evading tax around the world.

“We believe there is a need for commitments from global business leaders and political leaders for major tax reform to get rid of the tax havens. There’s too much leakage of what should be paid in taxation exacerbating this gap between rich and poor”, Szoke said. However, Oxfam’s Chief Executive in the United Kingdom, Mark Goldring said in plain language that concern of world leaders over escalating inequality was not being matched with action, urging world leaders to ensure that wealth created in their countries trickles down to the poor.

Goldring was quoted as saying “It is simply unacceptable that the poorest half of the world population owns no more than a small group of the global super-rich, so few you could fit them all on a single coach. In a world where one in nine people goes to bed hungry every night, we cannot afford to carry on giving the richest an ever-bigger slice of the cake”.

This new report by Oxfam comes as world leaders are preparing to meet for the World Economic Forum in the Swiss city of Davos later this month. Oxfam has said it will urge world leaders at the Forum to crack down on tax havens to be able to ensure fair wages. It will also advocate for leaders to invest in public services in their countries in order to make life worth-living for the poor.

This Article (World Of Inequality: Just 62 People Now Own As Much Wealth As Half Of The World’s Population) is free and open source. You have permission to republish this article under a Creative Commons license with attribution to the author and AnonHQ.com