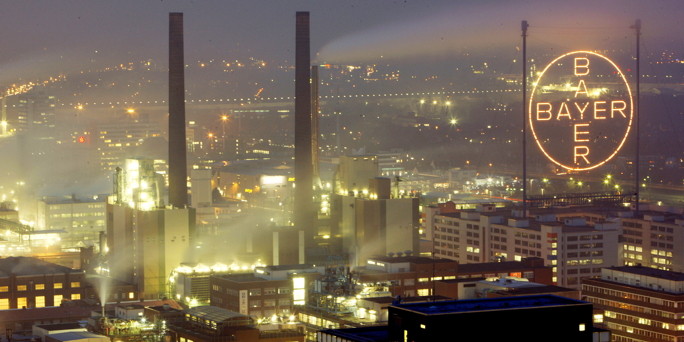 In February of 1984, a division of the pharmaceutical company Bayer (Cutter Biological) knowingly sold H.I.V. infected medications to Asia and Latin America to prevent financial losses. After a discovered H.I.V. outbreak in America amongst small, hemophiliac children that was traced back to Bayer medications, the company began to sell a new, safe medication in the West, however they sent the old batches, many of which they knew were infected, to Argentina, Indonesia, Japan, Malaysia, and Singapore. The worth of this medication totaled more than $4 million.

As unbelievable as this report may seem, I was able to trace an original article to the New York Times. Published on March 18th, 1987, it states, “Bayer A.G., the giant West German chemical company, said today that it had been sued over its sale of hemophilia drugs that may have been infected with the AIDS virus.”

It continues that Bayer representatives stated that fewer than twenty patients filed liability claims against the company, however according to a later article from New York Times, published in 2003, there’s no way of really knowing how many people were infected. Most patient records are unavailable, and since the AIDS test wasn’t developed until later in the epidemic, it’s difficult to pinpoint when foreign hemophiliacs were infected. However, in Hong Kong and Taiwan, more than 100 hemophiliacs were recorded to have contracted the disease after taking medication from the old batches.

Bayer officials, of course, stated that they had “behaved responsibly, ethically and humanely” in selling the infected medications overseas. This was after they had promised the United States regulators that they wouldn’t sell it at all. They had apparently continued to distribute the old medications for three reasons—some customers doubted the drug’s effectiveness, some countries were slow to approve sales, and due to a shortage of plasma, which is used to make the medicine, they were unable to manufacture more of the new product.

The medicine, Factor 8, was made using donated plasma from 10,000 or more donors. Since there were no screening tests for H.I.V. at the time, taking the medication was extremely risky. In the United States alone, AIDS was ultimately passed on to thousands of hemophiliacs who had taken the medication before the infected batches were discovered. Many of them have died, and the incident is now considered one of the worst drug-related medical disasters in history.

Even though Bayer admitted no wrong-doing, they’ve paid out around $600 million in settlements. The Cutter Documents—a few of which have surfaced in the media—were produced in connection with these lawsuits and outline the company’s corruption.

“These are the most incriminating internal pharmaceutical industry documents I have ever seen,” said Dr. Sidney M. Wolfe, director of the Public Citizen Health Research Group.

The documents indicate that the federal regulators helped to keep the issue out of the public eye. Dr. Harry M. Meyer Jr. asked that the issue be “quietly solved without alerting the Congress, the medical community and the public,” according to Cutter’s account of a 1985 meeting between officials of the company and regulators.

No criminal charges have ever been filed, and Bayer continues to sell Factor 8 in its medications.