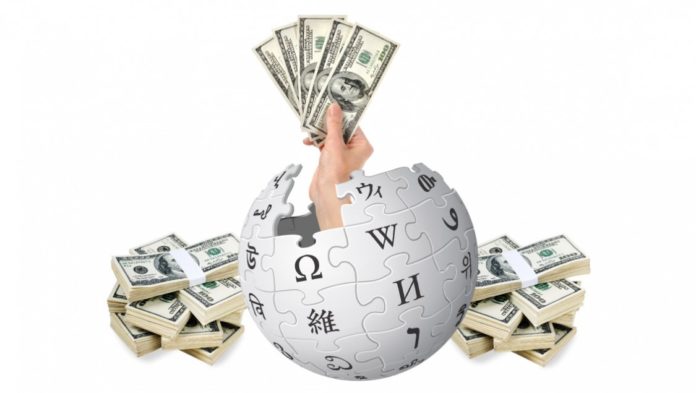 Wales launched a web search engine called Bomis in 1996. A big part of the site was the “Bomis Babe Report” dedicated to half naked celebrities and women. The site also hosted nekkid.info, a place “to see sexy naked women” and “The Babe Engine” an image search engine dedicated to finding pictures of attractive women.

Larry Sanger, co-founder of Wikipedia, told the FBI that Wikimedia Commons (the parent company of Wiki products including Wikipedia, Wiktionary, Wikinews and Wikiquote) is rife with renderings of children performing sexual acts. A 2010 Fox News investigation reportedly revealed the site “has become home base for a loose worldwide network of pedophiles who are campaigning to spin the popular online encyclopedia in their favor and are trying to lure more people into their world.”

Wales used the world’s most popular online encyclopedia as a means of dumping his girlfriend – onetime Fox News pundit Rachel Marsden. Marsden responded by sending Valleywag an IM conversation that indicates Wales ordered changes to her Wikipedia biography in an effort to further his personal agenda. The email and sex chats seem to implicate Wales in an apparent conflict of interest involving top-down editing of Marsden’s Wikipedia entry.

In purported retaliation, Rachel, a well-known conservative columnist, decided she could take the clothes he had left at her apartment and auction them off on eBay Canada. Jeff Merkey, a former Novell chief scientist, accused Jimmy Wales of extortion. He stated that Wales agreed to place him under his “special protection” as an editor in exchange for a substantial donation and other financial support of the Wikimedia Foundation projects.

Despite the steady wave of scandals that have begun to erode even the New York Times’ portrayal of Hillary Clinton, her image remains unblemished on Wikipedia. Since he first started editing her page in June 2005, Hillary’s “Wikipedia watchdog” has been guarding against slanders, accusations, unfair assumptions, and distortions on the high-traffic, heavily footnoted, highly policed Hillary Rodham Clinton Wikipedia page.

In 2012, Roger Bamkin, trustee of the Wikimedia Foundation UK, and a Wikipedian In Residence were caught editing Wikipedia pages and facilitating front-page placement for their pay-for-play, publicity-seeking clients.

Recently, the Wikimedia Foundation, the non-profit organization that sponsors but does not operate Wikipedia, announced that it suspended 381 accounts for “black hat” editing, in which editors charge and accept money for “to promote external interests”. The scam affected English Wikipedia, which boasts 4.9 million articles, has over 26 million users, and 1,343 administrators. Hundreds of small British businesses and minor celebrities were targeted by a high-level blackmail scam that was orchestrated by “rogue editors” at Wikipedia.

If Natural News is to be believed, Jimmy Wales traded Wikipedia edits for sex by exploiting his editorial position over a female editor, ordered the intimidation and harassment of Wikipedia editors who attempted to maintain a truly “neutral point of view” about Jimmy Wales himself, and exploited his position within the Wikimedia Foundation to attempt to bury details about his own past.

This Article (10 Facts About Wikipedia Founder That Will Shock The Hell Out Of You) is free and open source. You have permission to republish this article under a Creative Commons license with attribution to the author and AnonHQ.com.