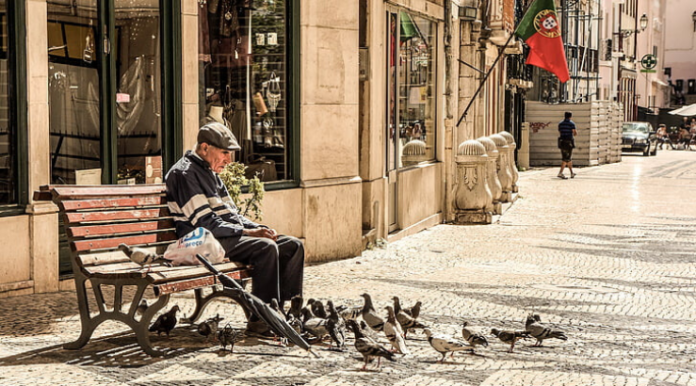 A 101-year-old CoViD-19 coronavirus patient in Italy was discharged from the hospital this week. Surviving this illness at his age is quite an accomplishment, but this is not his first pandemic.

The patient, who the hospital identified only as “Mr. P” was born during one of the greatest pandemics in history—the Spanish flu pandemic that killed roughly 50 million people and sickened a quarter of the world’s population.

The man was admitted to Infirmi Hospital in Remini, Italy, last week after testing positive for the virus, but has since made a full and quick recovery.

The man’s recovery was announced by Gloria Lisi, The Vice Mayor of Rimini, in the following statement:

“Given the progress of the virus, it could not even be called a ‘story like many’ if it were not for a detail that makes the life of the person returned to their loved ones truly extraordinary.

Mr. P., from Rimini, was born in 1919, in the midst of another tragic world pandemic. He saw everything, hunger, pain, progress, crisis and resurrections. Once over the 100-year-old barrier, fate has put this new challenge before him, invisible and terrible at the same time. Last week, Mr. P. was hospitalized at in Rimini after testing positive for COVID-19. In a few days, it became ‘history’ for doctors, nurses, and the rest of the healthcare personnel who treated him.

A hope for the future finds itself in the body of a person over a century old, as the sad chronicles of these weeks mechanically tell every day of a virus that is raging especially on the elderly.

Yet, Mr. P. made it. The family brought him home yesterday evening, to teach us that even at 101-years-old, the future has yet to be written.”

While the elderly population does appear to have a more difficult time surviving the virus, there have been a few cases in Italy and China where much older patients were able to recover.

Last week, the Mind Unleashed reported that a 95-year-old woman in Italy made a full recovery from the coronavirus and was discharged from the hospital.

Health officials around the world are now beginning to recognize that this illness is also a grave danger to many young people as well. On Sunday, Dr. Anthony Fauci, director of the National Institute of Allergy and Infectious Diseases in the United States, said that the Trump administration was “looking very closely” at cases of young people who were hospitalized or lost their lives due to the coronavirus.

Fauci was referencing new data from the Centers for Disease Control and Prevention (CDC) showing that roughly 40 percent of the people who were hospitalized for the illness in the U.S. were between the ages of 20 and 54.