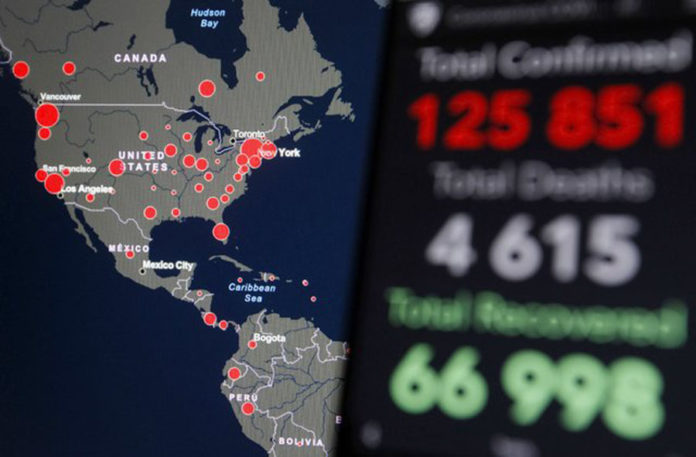 Update (1835ET): Dr. Birx said Thursday that 86% of tests run in the US so far have been negative, a lower rate than experts had expected. She also listed off a handful of “particularly concerning” counties, like Illinois’ Cook County and Michigan’s Wayne County.

Additionally, Dr. Birx played down some of the more dire predictions, including an Imperial College study that has circulated widely over the last week or so which called for 500k deaths in the UK. Dr. Birx noted that this number has “already been revised down to 20k”.

Update (1810ET): VP Pence said during Thursday’s press conference that Abbott Labs has applied for a point-of-care test that can be done in a doctor’s office, with results in 15 minutes.

Pence also advised any travelers from New York to “check their health” and “self-isolate” if they’ve traveled elsewhere.

Tomorrow we will tour the 4 sites that NY has identified for additional temporary hospitals that will add much needed capacity.

The sites are the Brooklyn Cruise Terminal, the Aqueduct Racetrack facility in Queens, CUNY Staten Island, and the NY Expo Center in the Bronx.

Update (1740ET): In a testament both to the US’s ability to ramp up testing, and the sheer penetration of the novel coronavirus within the US population, the number of confirmed cases in the US has surpassed China to become the largest outbreak in the world.

According to the NYT, at least 81,321 people have been diagnosed in the US, including more than 1,000 deaths, more cases than China and Italy and any other country. As the Times notes, the US is suffering from a shortage of personal protective equipment and ventilators. 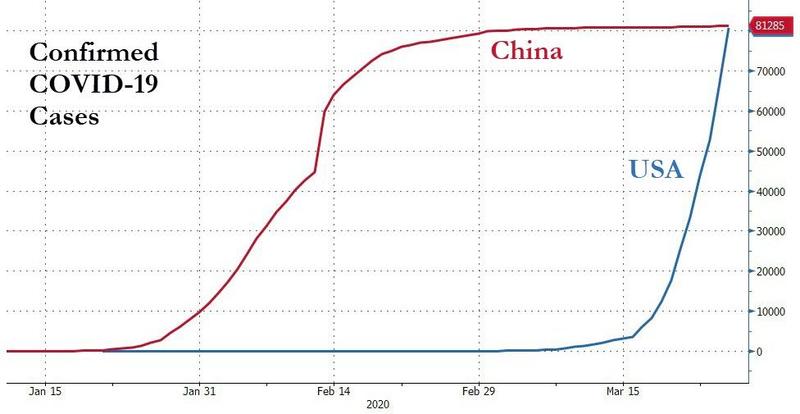 As President Trump said during Thursday evening’s press conference, the fact that the US has overtaken China is “a tribute to the amount of testing we’re doing – we’re doing a lot of testing,” Trump said.

He also (again, correctly) pointed out that “you don’t really know” the total scope of the crisis in China, where tens of thousands, even hundreds of thousands, of cases are believed to have gone unreported.

Trump is set to speak with President Xi Thursday night via phone. 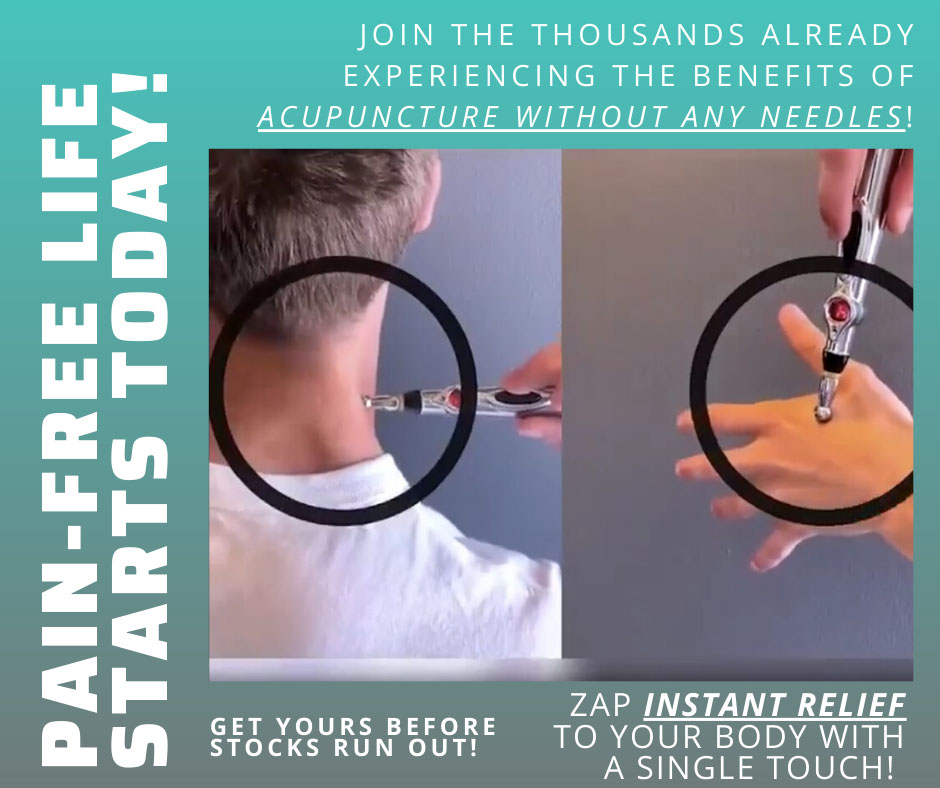 Here’s a breakdown of cases by state:

After FEMA promised 400 machines, Cuomo’s complaints convinced VP Pence to increase the allocation to 4,000. But that’s still 26k short of the 30k Cuomo said are needed by hospitals in the state, with Cuomo offering to personally deliver them to the next state that needs them after New York’s apex.

On Thursday, Cuomo reported 100 more fatalities, for a total of 385, as hospitals brace for more. New York City is even deploying refrigerated trailers for use as temporary morgues as the number of bodies overwhelms some hospitals.

“This is the really bad news,” Cuomo said at a news conference Thursday.

Cuomo expressed alarm over the 35% rise in deaths in one day. On Wednesday, he sounded a more hopeful tone.

“The longer they’re on, the more likely they’re not going to come off,” he said. “That is what has happened. We do have people who have been on for quite a period of time, and those are the people we’re losing.”

Update (1315ET): China’s Foreign Ministry announced Thursday that beginning on Saturday, all foreign nationals, including those with valid visas and residence permits, will be temporarily barred from entering China as Beijing continues to turn the tables on the US and other western countries that barred Chinese nationals in the wake of the outbreak.

Chicago’s popular Lakefront Trail was shut down on Thursday, blocking access to the extensive trail and park, after too many people congregated and violated social distancing guidelines, said Chicago Mayor Lori Lightfoot.

During Thursday’s press conference, New York Gov. Andrew Cuomo said Congress’ $2 trillion stimulus bill “failed to meet the governmental need”, adding that it does “absolutely nothing for us” in terms of the massive hit to the state’s budget from lost tax revenue, while also not even doing enough to meet the base-level need in New York’s hospitals.

He added that he was “disappointed” that Congress passed such a “reckless” bill at a time of such tremendous need.

“I’m disappointed,” Cuomo said on Thursday. “I find it irresponsible. I find it reckless. Emotion is a luxury. And we don’t have the luxury at this time of being emotional about what they [Congress] did. When this is over, I promise you I’m going to give them a piece of my mind.”

“We don’t have the luxury at this time to be emotional about what they did…when this is over, I’ll give them a piece of my mind. This is an extraordinary time for this nation…this was the time to put politics aside and put partisanship aside.”

The fact that lawmakers aren’t adequately addressing the problem in the areas with the most acute need is almost unconscionable, Cuomo said.