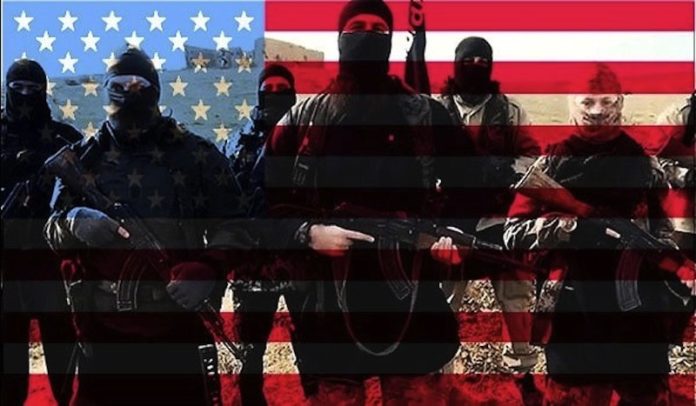 In 2003 President Bush and the United States military invaded the country of Iraq to liberate the people from an oppressive dictator and instill Democracy. 13 years later now, almost 5 years since the last combat troops were withdrawn from the country, the region still suffers from unspeakable violence and the success of a democratic voting systems have been limited. Recently a series of polls have been presented to the citizens and children of the Iraq essentially asking: What do you think of the USA? The results are disheartening.

The first study we will be observing comes straight from the US State Department and concluded in October of 2015. According to an official statement, the purported goal of the study was meant to determine “how well the U.S. Embassy in Baghdad was implementing the sixth of nine directives from the Obama White House’s strategy to counter ISIS, namely, ‘Exposing [ISIS’s] True Nature.” According to the results of the study, Iraqis are “aware of the Islamic State’s true nature” and hold “unfavorable views of ISIS and oppose its goals and tactics, with no significant variation across religious sects and ethnic groups.” However 40% of all Iraqi’s believe that the United States is trying to “destabilize Iraq and control its natural resources.” Another 33% of pollsters from Iraq believe the United States “supports terrorism in general, or ISIS specifically.”

The poll further finds that the approval rating of United States role in the Iraq has fallen from 38% in 2014 to 18% in 2015. The study is said to have been equally distributed among Shia and Sunni Muslims, going on to note that both religious groups are “completely opposed” the US led coalition against the Islamic State – finding it ineffective. Rather then take ownership of the fact that the United States invasion and subsequent exit from Iraq was a complete failure, officials at the State Department blame the poor reflection of the United States in these polls based on two factors – ‘Iran and conspiracy theories’. In a statement with Brietbart News, Pentagon official Colonel Steve Warren surmised that “Iranian-backed Shiite militias” are  “pushing propaganda” against the United States – fueling tensions within the region. You can read all about the Islamic State conspiracy theory here: http://anonhq.com/41999-2/

The second study was conducted by an organization known as The ASDA’A BURSON-MARSTELLER Arab Youth Society with the primary objective of polling the “attitudes among Arab youth in 16 countries in the Middle East and North Africa.” As a whole, the study consists of “3,500 face-to-face interviews from January 11 and February 22, 2016 with Arab men and women in the age group of 18 to 24.” – 250 of which from Iraq. All 16 countries totaled together, the study found that 63% of all applicants viewed the United States as an ally. However, 93% of Iraqis, 82% of Yemenis, 81% of Palestinians and 57% of Lebanese view the United States as an enemy. 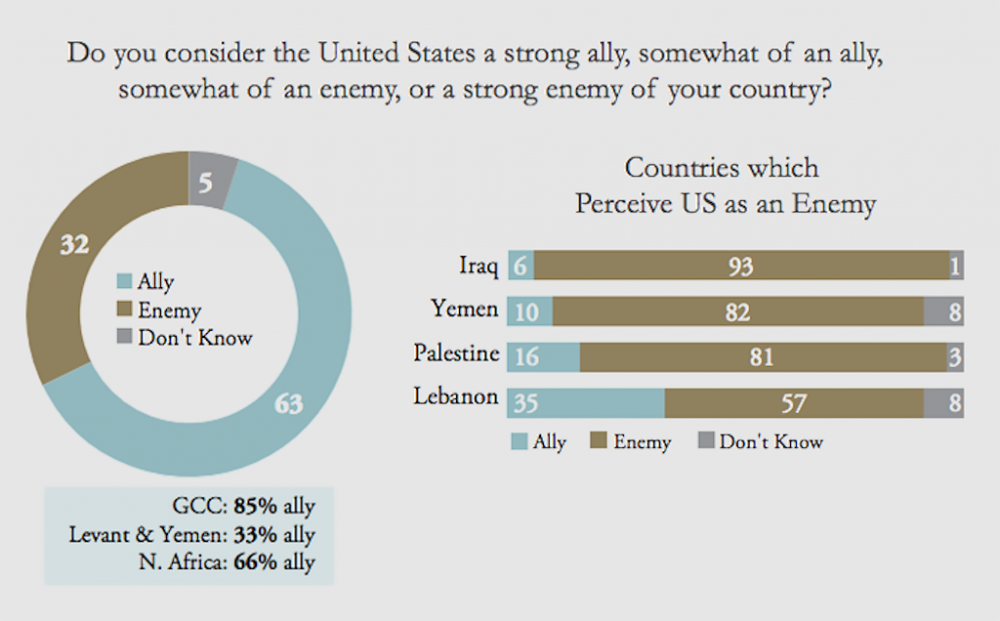 Browse Through Top 10 Findings of The Report Here: http://www.arabyouthsurvey.com/en/findings

This article (13 Years After Invading Iraq, New Polls Reveal What Iraqi Citizens Really Believe About The United States) is free and open source. You have permission to republish this article using a creative commons license with attribution to the author and AnonHQ. Join the conversations at www.anonboards.com