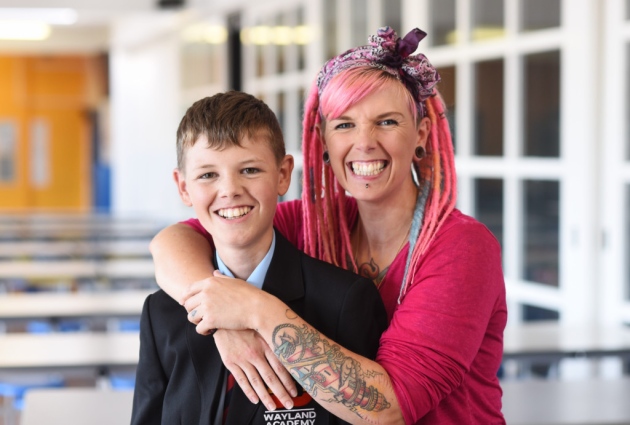 At 14-years-old, he was planning his own funeral. So, his mother did something ‘drastic’ by using a 100% natural herb that has been cultivated for thousands of years.

Though there is a minimum of 60 peer-reviewed studies proving the marijuana plant to have substantial healing potential, the herb remains a classified Schedule I drug in the United States. In the UK and Australia, as well, use of the plant – both recreationally and for medicinal purposes – is illegal. This is a travesty, considering cannabis kills 0 people each year (unlike alcohol and opioid abuse) and has been shown to benefit conditions including cancer, Parkinson’s disease, epilepsy and more!

Aware that components of the plant, primarily cannabinoid (CBD) oil, are incredibly therapeutic, some have gone to great lengths to procure the plant. A woman named Callie Blackwell is one such individual. After doctors told her 14-year-old son that he had about three days to live, she decided to go against the law and seek out CBD oil to give his body the best chance of fighting against a rare and aggressive form of cancer.

In a segment on ITV’s “This Morning”, Blackwell admitted that she risked getting into trouble with the law to aid her son, Deryn. At a young age, Deryn was diagnosed with leukemia and Langerhans cell sarcoma. After years of chemotherapy and radiotherapy, nothing was working and doctors had all but given up.

The concerned mom told the hosts that at 14-years-old, Deryn had started planning his funeral. It was then that she decided drastic measures were needed. In the book “The Boy in 7 Billion,” which Blackwell wrote about the experience, she explains that she contacted doctors and asked if they could prescribe a cannabis-based painkiller. They refused, as it wasn’t licensed for children. Dismayed but not defeated, she conversed with her husband, Simon. Together, they purchased marijuana illegally then followed directions online explaining how to turn it into a liquid form so they could give it to Deryn. They asked the pre-teen beforehand if he was okay with the treatment, and he agreed.

“I thought what have I got to lose,” said Blackwell. “He’s dying anyway.”

Three years later, Deryn is alive and “perfectly healthy.” His mother credits the cannabis oil. However, she doesn’t refer to the plant as a ‘cure’ and wants to reiterate that while it worked for Deryn, it may not work for every child suffering from cancer.

“The effects of it blew my mind. It wasn’t what I expected,” she said