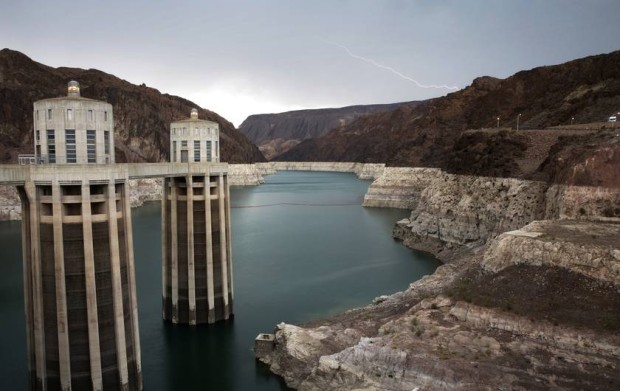 As the world faces a multitude of crises, from economic to social and political, another crisis is waiting in the wings, a ticking time bomb, waiting to catch us on our blind side.

Water is something we cannot do without for even a single day. All societies need it for various uses including health, sanitation, agricultural production, energy and industry.

But according to the latest United Nations report on water, more than 2.9 billion people in 48 countries will be facing water shortages in the next 10 years. Water experts say it could even destabilize and jeopardize the existence of some countries.

Already, three-quarters of a billion people on the planet lack access to clean water. Water-related disease kills about 840,000 people a year. Women and children are said to spend more than 140 million hours a day collecting usable water which is often not from clean sources.

What even makes this report even more alarming is the fact that by 2030, there will be a global water supply shortfall of 40%. This could pose a major threat to global security than terrorism and other related problem.

The report said Global warming is causing extreme weather events that are pushing water supply issues from bad to worse. Human activities such as illegal mining around the world are another factor. “People do not have the luxury of living without water and when faced with a life or death decision, people tend to do whatever they must to survive. In this manner, changes in fundamental hydrology are likely to cause new kinds of conflict, and it can be expected that both water scarcity and flooding will become major trans-boundary water issues”, excerpts of the report said.

At this point, the United States intelligence agencies say they consider the prospect of water shortage a threat that ranks alongside the likes of terrorism and weapons of mass destruction. Too bad bombing the problem away is not even a remotely plausible solution, or we might have already started a War on Water…..

Director of Climate Policy at the Institute for Policy Studies in Washington-Janet Redman told the Mic in an interview that the world has come to this point on water because of the increasingly unpredictable nature of the environment due to human activities.

“The ways we need water and the way the environment provides water are increasingly not matching up, because things like climate change make it less and less predictable. We built our society around when we can get water, when we can grow food, how we have to house ourselves, because we understand the environment around us after living in it for hundreds of generations”.

“The problem now, partly due to climate change, we can’t predict the patterns, of rainfall, where water is going to be when, when things melt, how floods and droughts work. We’re out of sync with the environment because we’ve changed the environment”, she said.

To give you further statistics on the shortage for proper understanding, the world isn’t exactly running out of usable water. Freshwater is a very small portion of the planet’s entire water supply. Experts say it accounts for only about 2.5% of all water, and just 1% of freshwater is readily accessible.

The main problem with water is not about total volume. It is about distribution. Water is not always where people need it. The ability to handle distribution to meet these demands is largely a function of wealth. Wealthy countries are generally able to manage the resources to meet demand in terms of the distribution process. But poorer countries frequently lack the infrastructure to deliver clean and safe water. Their economies also tend to rely disproportionately on deregulated and dirty extraction industries like coal mining that contaminates already-scarce water supplies.

Lack of water has played a role in countless of conflicts around the world. World leaders cannot sit down for this disaster to happen. The New Yorker has said that by 2050, sustaining the planet will require at least 50% more water than it does today. The global community can develop institutions and technologies designed to enhance water management capabilities and minimize activities that impact negatively on the environment. Some countries are currently testing technologies that can distill the salty sea water to make it drinkable. Maybe we can all learn from that.