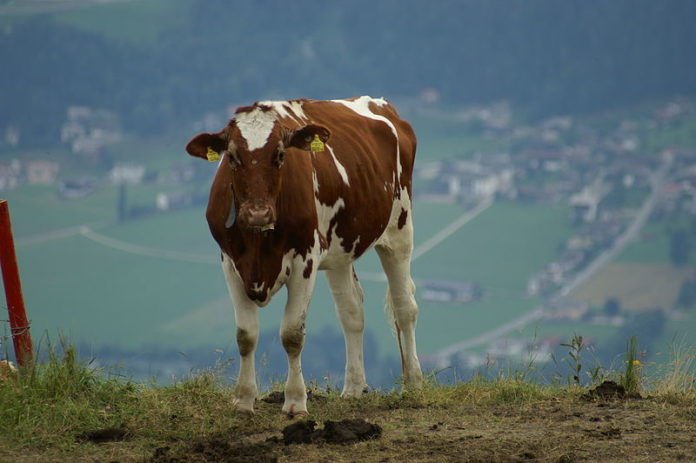 However, back in October, the USDA announced that they will not be including the topic of the environment in the guidelines. Over the last few years, environmental and public health communities have pushed for the inclusion of discussions of how sustainability relates to diet in the official dietary guidelines.

In a blog post on the U.S. Department of Agriculture (USDA) website, Agriculture Secretary Tom Vilsack and Health and Human Services Secretary Sylvia Burwell said that while “issues of the environment and sustainability are critically important… we do not believe that the 2015 DGAs are the appropriate vehicle for this important policy conversation.”

In response to this statement, attorney and author Michele Simon argues: “The preponderance of scientific knowledge currently tells us that food production impacts our diet, and thus should be considered as part of the DGA.”

As we have reported before, the population’s meat heavy diet is having a number of disastrous effects on the environment. The meat industry significantly contributes to greenhouse gas emissions, land use, water use and energy use. According to a recent study by the University of Twente, livestock-based food production is primarily responsible for the severe global water scarcity we are currently experiencing.

“About one-third of the world water consumption is for producing animal products. Their water footprint is larger than that of crop products with equivalent nutritional value,” said Arjen Hoekstra, lead researcher and professor of water management at the University of Twente.

In addition to these effects, a report published last year in the journal Proceedings of the National Academy of Sciences found that livestock-based food production “causes about one-fifth of global greenhouse gas emissions, and is the key land user and source of water pollution by nutrient overabundance.”

With these studies in mind, it is difficult to understand why this scientific evidence was not taken into account when issuing the 2015 Dietary Guidelines for American.

“This is a politically-motivated decision and is not based on either law or science,” Simon wrote at The Hill.

“It is clear the agencies took great care in reviewing the science as well as comments on the Dietary Guidelines Advisory Committee report to develop a common sense policy document that all Americans can use to help them make healthy food choices,” Barry Carpenter, the president and CEO of the North American Meat Institute, said in a statement.

After it was first announced that the 2015 Dietary Guideline Advisory Committee would acknowledge the environment when issuing the guide, the influential industrial meat sector have been mounting pressure on the administration.

“The meat lobby is not happy with the Dietary Guidelines Advisory Committee’s (DGAC) conclusion that the government recommended cutting back on hamburgers, hotdogs, and other unhealthy animal foods, both for the sake of our own health, and that of the planet,” said Simon.

In fact, in a Politico investigative piece by Chase Purdy and Helena Bottemiller Evich highlights a billionaire-backed campaigned that had focused its efforts of influencing the debate. According to the report, in the lead up to the congressional hearings on the 2015 Dietary Guidelines, the billionaires— Houston philanthropists, John and Laura Arnold—“spent an initial $200,000 to communicate that critique and to advocate for changes that they say would improve the process.”

In a statement provided to Common Dreams, Kari Hamerschlag, senior program manager for Friends of the Earth’s Food and Technology Program, said: “It is disappointing to see that meat industry influence in congress and over the administration is trumping science and public opinion in the development of the dietary guidelines.”

This Article (Why The 2015 Dietary Guidelines for Americans Neglects Environmental Impacts) is free and open source. You have permission to republish this article under a Creative Commons license with attribution to the author and AnonHQ.com.