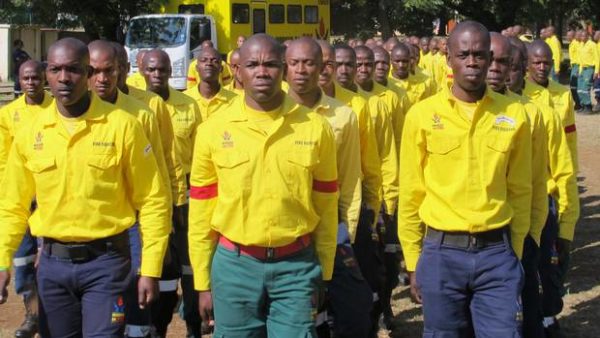 On May 1, 2016, a devastating wildfire began in the urban community of Fort McMurray in the Province of Alberta, Western Canada. On the third day of the outbreak of the fire, it swept through the community, destroying approximately 2,400 homes and buildings, forcing the largest wildfire evacuation in the history of the province.

The fire continued to spread across northern Alberta and into neighboring Saskatchewan Province, burning large economic forest areas. Currently, it is being estimated that the fire outbreak could become the most expensive disaster in the history of Canada. As of June 6, the fire had burned an area of 582,038 hectares. Despite the state of emergency declared in the area, more people are becoming affected. This made the Canadian authorities to solicit for international support in terms of experts to help contain the ravaging fire.

The Republic of South Africa came forward to offer a helping hand to the North American country. The South African government deployed about 300 firefighters from the country to Canada, to help contain the fire.

The brave firefighters from South Africa arrived at Edmonton International Airport in Nisku. They had traveled more than 20 hours by air before getting to Canada. The firefighters were given a warm welcome by those who saw their arrival.  A man, who had been evacuated from his home because of the fire, personally thanked each member of the team for traveling the long distance to offer Canada their help. The arrival of the firefighters also became the headline news in Canada. However, after working for less than a week, the firefighters are returning home to South Africa while the fire still burn in Canada. According to the Canadian Broadcasting Corporation, the South African government is sending a senior management team to Alberta to help bring home the 300 firefighters who have been involved in a dispute over their pay.

It is said the firefighters became angry with their government after they found out through the Canadian media that the Canadian government is paying them between $15 and $21 an hour. Without the service of the 300 South Africans, there are currently about 2000 firefighters on the ground in Fort McMurray fighting hard to bring the fire under control. The government in Alberta has announced that the fire is now about 70%b contained, and that it will be completely put out soon.

This article (South African Firefighters Helping to Combat Canadian Wildfire Return Home after Pay Dispute) is a free and open source. You have permission to republish this article under a Creative Commons license with attribution to the author and AnonHQ.com.