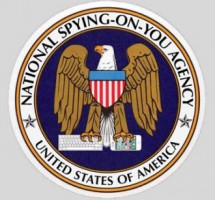 11/30-/2015 – As of this morning the privileges having been granted to United States government to spy on the citizens has been revoked. The NSA data collection program has its roots dating back to the Patriot Act of 2001 which gave the organization the authority to monitor, track and record the private conversations and date of all United States citizens. The USA Freedom Act as it is called replaces the clause of the Patriot Act which allowed the NSA to bulk collect meta-data on US citzens. The Freedom Act proposed to put an end to government over reach and establishes a system of accountability; the government must report what it is monitoring for transparency. Please read more about what exactly the Freedom Act encompasses here: http://judiciary.house.gov/index.cfm/usa-freedom-act

As Judge Nap explains in the news clip above, the NSA is credited with spying on nearly “300 million people” since 2001. To put this number in perspective the estimated population of the United States is nearly 321 million people; nearly 93% of all United States citizens have been tracked/recorded by the Department of Defense! Thanks to Mr. Snowden we did know at least 150 million customers belonging to Verizon Wireless have been tracked in 2013, but these new findings are truly staggering.

Some people argue this new legislation is a great success for liberties, freedom of expression, and freedom from government oppression. Others argue this legislation is bad for the country as it may make ‘the bad guys’ harder to find or track and may somehow aid terrorism. What do you think?

What I find interesting was this headline from a rival news company which read “NSA phone date collection program ends, forcing debate over terror concerns“. This headline reminds me of an article I wrote a few months back about Egypt and how the government issued bans on VoIP services in the name of national security. Please read the article here: http://anonhq.com/egyptian-authorities-issue-ban-on-voip-services/

Why do I bring this up? What I find most interesting the direction each countries government takes on essentially the same issue/concerns. USA government is siding with the people and restoring their rights to privacy, Egypt on the other hand is enacting more legislation to restrict the free speech of its citizens. Two opposing philosophies playing themselves out actively around the world.

Within the United States government there is divide on this issue; as there is with every issue I suppose. Several Republican front-runners for President including Jeb Bush and Ted Cruz are on public record as saying they oppose the Freedom Act legislation. If they had the power they would revoke this and restore the full power of the Patriot Act as granted under George Bush. Democrats on the other hand, including Mr. Obama, are in favor of this legislation and will work to do more to limit the oppressive powers granted to government by George Bush. President Obama has already signed the Freedom Act into law.

The NSA is a military organization, in fact the NSA falls under the Department of Defense. The President of the United States serves as Commander in Chief of the military and therefore has command over military actions. President Obama has with him the ability to decimate the the NSA, or at least over ride the oppressive orders of George Bush.

This article “NSA Looses Authority To Spy on American Citizens” is free and open source. You have permission to republish this article with a creative commons license with attribution to the author and AnonHQ