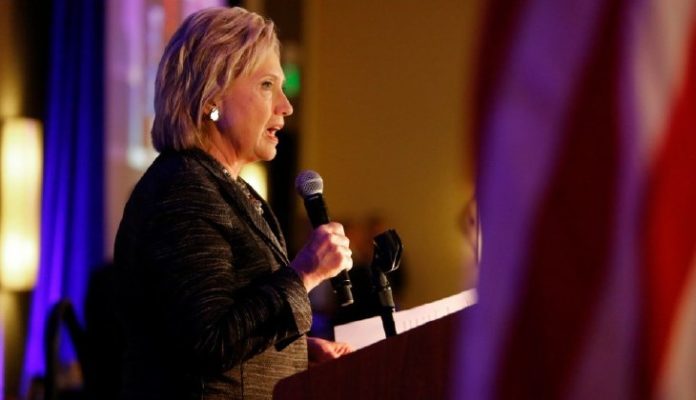 Hillary Clinton’s unsecured home server is filled with secretive emails- gems of information that have proven a number of suspicions that people have had regarding the Libyan and Iraq campaigns. Revelations that throw the governments involved into severe disrepute. They have revealed that France had a strong national interest in reducing Libya to rubble, that Bush and Blair had planned to provoke an Iraqi invasion a year before it occurred- orchestrating many of the “reasons” for invasion, and that Hillary had been aware of Libyan rebels conducting what amounted to ethnic cleansing– and allowed it to continue anyway.

It turns out that these were not even the most controversial of her secret emails (or that they were not considered to be controversial until people started putting two and two together).

The US government has given the most interesting of Hillary’s emails the label of “Top Secret”,  the first time any of her emails have ever been given any level of classification.

The classification was necessary because her emails would have caused “exceptionally grave” damage to national security if they were disclosed according to the State Department.

AP claims that Intelligence officials had told them that some 37 pages were being withheld. The  documents that won’t see the light of day are so-called “special access programmes” – clandestine projects, that include the likes of drone strikes or government spying.

Hillary’s campaign has called the decision “over-classification run amok” in a statement, saying that the emails had not been marked classified when they were sent and that they should not have been withheld. Her campaign has been accused of putting US security at risk for the use of an unsecured computer system.

While some sensitive emails had been redacted, “Top Secret” emails would not be released at all.

Another round of emails will be released on Friday, with 7,000 emails still awaiting release. State Department officials claim that they need more time to read the emails before they can be released- the recent snowstorm has been blamed for setting their efforts back.

The final batch to be released is scheduled to be revealed on the 29th of February, after the Iowa caucuses and the New Hampshire primary. The court-mandated dead-line required all 30,000 emails to be published by the end of January, and the State Department was given eight months to review and publish them before the Feb 1 Iowa caucus.

Jason Leopold, the journalist who filed a Freedom of Information Act lawsuit that triggered the release of the emails, suggested in a legal argument that the State Department had not provided evidence of the need to delay the completion of the review by an entire month.

“State believes that the Clinton email team’s time is better spent working to correct the problem and complete production of the Clinton emails than … to investigate an oversight that occurred months ago,” officials wrote in court filings, dismissing the call to explain why so many pages of email were neglected until  just before the deadline

This Article (22 Hillary Clinton Emails Declared By State Department To Be “Top Secret”) is free and open source. You have permission to republish this article under a Creative Commons license with attribution to the author(CoNN) and AnonHQ.com.