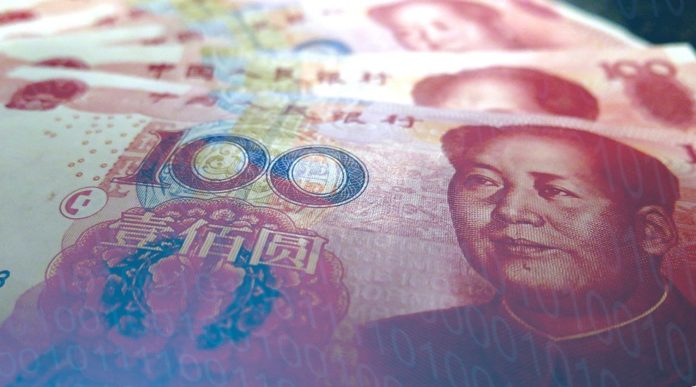 The People’s Bank of China recently announced at a conference on digital currency, that they plan to issue their own digital currency “as soon as possible”. Back in 2014, the PBOC had set up a team to work on creating a homegrown digital currency and to study experiences in China and abroad. Two years later, the team “has made progress on technology, legal issues, and the impact on financial systems,” Xinhua said.

Charlie Custer, writing for Tech in Asia, notes that China is still a long way from actually rolling out a digital currency. Plus, he’s skeptical that the idea will take off in the country: “Chinese consumers are historically conservative about their savings, and dumping lots of money into a brand-new wholly-abstract digital currency could be a tough sell, even for China’s Central Bank.”

But why is China trying to establish a new digital currency? Several reasons were cited by the PBOC: a digital currency is cheaper (because it reduces the need to print money), makes trading and financial transactions easier, and also helps cut down on money laundering and tax evasion.

Hao Hong, chief China strategist at the Bank of Communications, said China’s attitude toward digital currency had been shifting, South China Morning Post reports. In 2013, the central government issued negative statements on Bitcoin and limited its use by banks and payment service providers, but now it seems that the wind is changing.

“The attitude toward digital currency in China has been shifting, it has been surprising,” said Hong. “Back then it was quite hostile. Now, facing capital outflow pressure, a digital currency would make it easier to check the capital flow.” According to the South China Morning Post article, a digital currency could be popular with Chinese consumers, as payments for goods and services are increasingly becoming digital with new applications and online players entering the potentially lucrative sector. “[A cryptocurrency] can be popular among the people [if] it’s endorsed by the government and convenient to use with new technologies,” said Zhang Weichao, director of mining at leading Chinese Bitcoin operator Huobi.

“Right now it’s too early to see what effect PBOC’s move will have on China’s Bitcoin community,” said Wang Chun, co-founder of the mining pool F2Pool. “They could decide to let Bitcoin co-exist with its own digital currency, or chose to crack down on it.” China’s eventual digital currency would be quite different from Bitcoin, in that it will be tailor-made for the Chinese government to easily track transactions, and will be under the aegis of China’s central bank. In fact, the PBOC believes a digital currency will actually improve its ability to control China’s currency.

Beijing hopes that creating its own officially-sanctioned digital currency will help reduce some of the potential downsides, as recently identified by International Monetary Fund director Christine Lagarde. Lagarde, speaking at a panel at the World Economic Forum in Davos yesterday, noted that digital currencies could be beneficial in some ways, but could also be used to finance criminal or terrorist networks.

The central government came out sharply against Bitcoin in 2013, forbidding payment companies from accepting it. It later relented somewhat, and allowed Bitcoin exchanges, but banks must still give it wide berth. Photo: Reuters