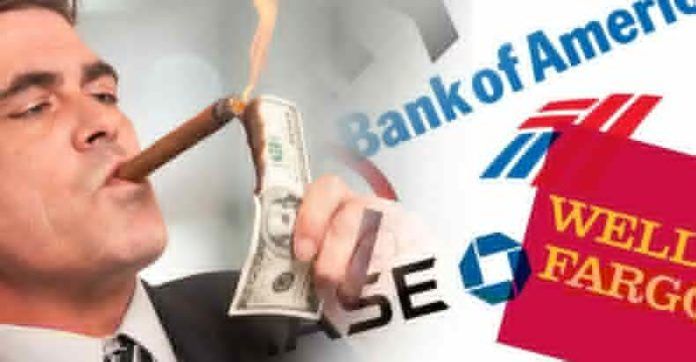 A class action lawsuit, filed in December 2015, indicts two trading platforms and ten of Wall Street’s largest banks for conspiring to stifle competition in the $320 trillion dollar derivatives market for interest rate swaps. The lawsuit claims the banks “have been able to extract billions of dollars in monopoly rents, year after year, from the class members in this case.” According to a report by Reuters:

The Public School Teachers’ Pension and Retirement Fund of Chicago brought the suit against the elite global financial powerhouses, after purchasing interest rate swaps from numerous banks as a means of assisting the fund in hedging against interest rate risk on debt. Those purchases led to the Chicago Teachers’ Pension and Retirement Fund vastly overpaying for those swaps, according to the suit.

The lawsuit alleged that the banks “have jointly threatened, boycotted, coerced, and otherwise eliminated any entity or practice that had the potential to bring exchange trading to buyside investors,” since at least 2007. “Defendants did this for one simple reason: to preserve an extraordinary profit center.” The lawsuit goes on to claim that the banks masked their collusion by using code-names for joint projects such as “Lily, Fusion, and Valkyrie.”

This Article (10 Big Banks Facing Legal Action for Price Fixing) is a free and open source. You have permission to republish this article under a Creative Commons license with attribution to the author UnderCover Economist and AnonHQ.com.