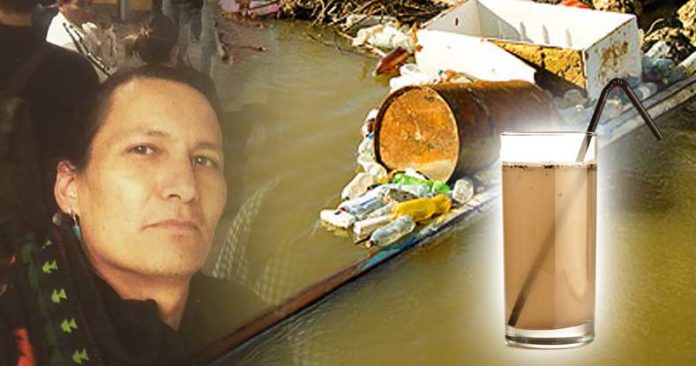 While Flint’s water crisis has made international headlines, forcing accountability onto authorities across all levels, little attention has been given to a more severe and ongoing water crisis involving Native Americans and poorer communities.

Since the 1950s, uranium mining has stripped water supplies of their health. The race to arm the nuclear industry over the last sixty years, and the failure to address the cleanup issues of these mines, risks countless lives. The situation has been described as “more horrific than in Flint, Michigan,” yet has become a way of life for many. “Further, the US government knew when it relocated Navajos to the Sanders, Arizona, area that radiation from the Church Rock, N.M., uranium spill would poison their water by way of the Rio Puerco wash. In the Four Corners region, three coal fired power plants poison the water in runoffs.”

According to Norrell, 75 percent of the abandoned mines – uranium and coal – are on Tribal and federal lands. With no comprehensive law to outline cleanup of abandoned mines, corporations and government are free to walk away.

Senator John McCain pushed a resolution into the last defense bill giving more land to Resolution Copper. The mining plans would poison further water supplies relied on by the Apaches, and risk destruction of the Oak Flat ceremonial grounds. While others have been drinking tap water laced with uranium for years, and the EPA has been forced to recognize the Flint crisis, bills to make mining corporations accountable has languished in Congress for the last two years.

This Article (A Water Crisis “More Horrific than Flint”) is a free and open source. You have permission to republish this article under a Creative Commons license with attribution to the author AnonWatcher and AnonHQ.com.