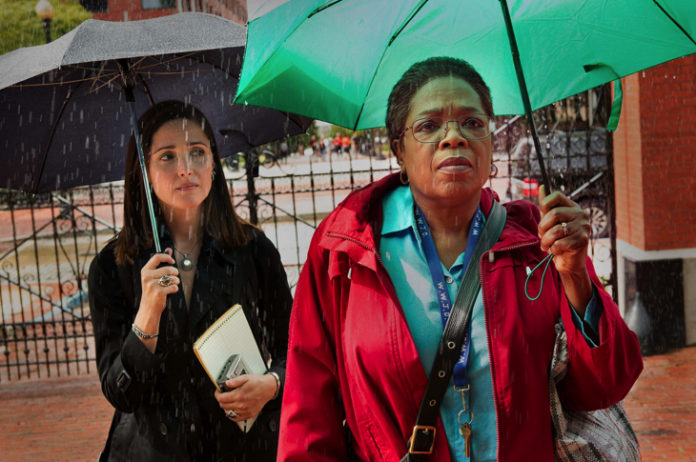 Educating yourself is the most important thing you can do to better yourself and to better understand the world around you, including all of the struggles that occur even if you aren’t a victim of them. One problem that many people have is only having a small outlook on life without even attempting to comprehend what other people around the world go through, and these small-minded people often lack compassion for others and the sense that others even need help.

There are many ways to educate yourself, either by reading books or listening to people with a different background than you tell their story, but one easy way to learn from the comfort of your couch is to watch movies. Movies, whether they’re fiction, documentaries, or fiction based on true stories, can expand the minds of the viewers and expose them to all sorts of realities that exist in the world. It’s important that this be a part of your regimen to expand your knowledge. Look below at the list and where to watch these titles.

You may have seen the trailers for this title because Oprah Winfrey stars in it, automatically making it of interest to viewers. However, it details the extremely interesting story behind modern biomedical research not only for cancer, which Henrietta Lacks (1920-1951) had, but for important uses like developing the polio vaccine and researching AIDS using the cells that were taken from Henrietta during treatment. Her cells were special and called “immortal” because they could be divided several times before dying, which is something that doctors had not yet observed in any cells in a lab up to that point. This movie takes a look at the science behind it and the discrimination that Lacks and her family faced both then and decades later, when they finally found out that her cells were being used.

A small farmer, Marty Travis, has come from generations of farmers in central Illinois, but his long legacy and small plot of land face pressure and threats from major agribusinesses looking for profits and maximum yield. If you’ve been concerned about your food, whether it’s your produce or whether the Goldfish you like to eat are really that great for you, this is the documentary for you. This film documents Travis’ fight to keep his sustainable farm and provides information for how food should be.

3. The Babushkas of Chernobyl (Google Play)

This documentary has won at several major film festivals and profiles a group of 100 Russian women who have learned how to survive in the “exclusion zone” of the most infamous radioactive wasteland of all time. Chernobyl’s nuclear disaster is the worst in history, with just a few dozen direct deaths from a nuclear plant explosion, but with an estimate of 4,000 deaths related to the extreme radiation exposure. Despite the risks that the women and others that sneak into the exclusion zone face from exposure, they continue to live within and on the outskirts of the zone, resolved to never leave the place they’ve always called home.

4. The World Before Her (Vudu)

Following the coming of age story of two very different young women, this documentary takes a look at the stark contrast between the lives that women lead in India. While one works hard to be selected to win Miss India, facing discrimination and issues of self-esteem, the other attends a Hindu nationalist camp for girls and is taught to fight for the honor of women and traditional values. Though it’s based on the ideals in India. this reality for women is true in many countries.

This documentary follows Cuban musicians that are in their 80s and 90s, who are all part of the Buena Vista Social Club, as they do a farewell tour in Havana, Amsterdam, and New York City. Though the film begins with their challenges as musicians and elderly men, it also considers their struggle to launch a music career while under the rule of former Cuban dictator Fidel Castro and their experience growing up in poverty.