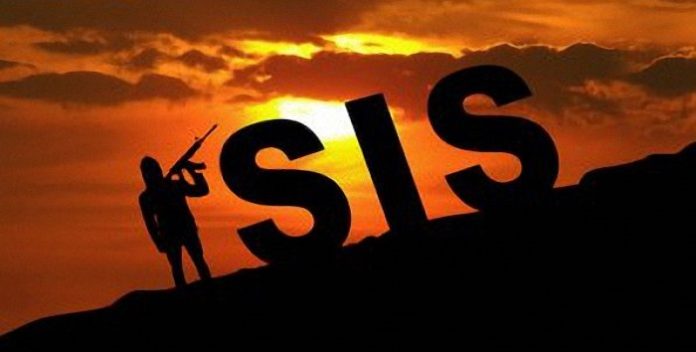 Just last week, the U.S. and its allies — who are currently conducting military operations within Syrian territory without a U.N. mandate or permission of the Syrian regime — bombed Syrian troops, killing over 60 fighters and wounding over 100 more. This attack, according to the Assad regime, lasted for over an hour. It also involved a number of warplanes belonging to American, British, and even Australian air forces.

This aerial bombardment coincided with an offensive launched by ISIS militants, who then sought to take back government-held facilities. In the eyes of Russia and Syria, the aerial offensive was working in tandem with ISIS’s ground offensive, confirming their concerns the American-led coalition has been providing air cover to ISIS militants.

This should come as no surprise to anyone who has followed the rise of groups like ISIS in the Middle East. Since ISIS replaced al-Qaeda in 2014 as the top monster to fear, the U.S. has aided the group in a number of ways, both covertly and overtly, despite officially declaring war against the savage terror group.

Let’s examine some of the ways the U.S. has directly aided ISIS while claiming to fight against it since the American-led war began in 2014 (the U.S. aided ISIS growth from the outset, but that is a topic for a separate article).

In June 2014, ISIS crossed the Syrian border into Iraq, effortlessly taking the strategic oil-rich cities of Mosul and Baiji and almost making it as far as Baghdad. Amid the terror group’s frightening victory, they uploaded images and footage of drive-by-shootings, large-scale death marches, and mass graves (following the mass executions of Iraqi soldiers).

ISIS militants claimed massive quantities of American military equipment, including entire truckloads of humvees, helicopters, tanks, and artillery, as their own. This was no secret to Washington, or even the world, as the militants photographed and recorded themselves and publicly flaunted their activity on social media.

What did the U.S. do in response? Nothing. In spite of all the American bases in Iraq and the government’s ability to perform all manner of illicit activity — including assassinating Muammar Gaddafi in Libya using a drone that was flown out of Sicily by a pilot who operated the vehicle from a naval base in Nevada‚ the U.S. couldn’t do anything to stop ISIS rapid advancements. Was there a problem preventing the U.S. military from conducting air strikes? Clearly not, as the U.S. had been launching drone strikes in Pakistan at around the same time ISIS advanced.

In documenting ISIS’s expansion, the media previously reported ISIS was enjoying a lucrative oil business in which they were earning at least $50 million a month. Who, exactly, was buying this oil? Mainstream media refused to investigate this openly, and the United States Air Force did nothing to try to eliminate ISIS’s main source of revenue.

On the other hand, Russian air forces began targeting convoys of oil headed into Turkish territory in November 2015. In a completely unrelated matter, Turkey shot down a Russian bomber they claimed violated Turkish airspace (for 17 seconds). Russian and Turkish relations immediately deteriorated, and Russia responded in kind with sanctions. They also cited satellite evidence they claim shows Turkey is the main importer of ISIS oil.

The U.S. government disputed the evidence, offered no evidence of their own, and was forced to partake in the Russian assault on ISIS oil tankers in an attempt to play catch-up. This whole debacle raised the question of why on earth a country with as shady and brutal a reputation as Russia is doing the job the U.S. claimed they were going to do.

The U.S. was forced to offer an explanation as to why they had not targeted the main source of ISIS revenue. According to former CIA director Michael Morell, environmental damage and the need to protect Iraqi and Syrian infrastructure were the reasons why the U.S. did not target those oil tankers:

Makes sense. The U.S. military has a long history of protecting the environment and public infrastructure (it doesn’t).

In May 2015, ISIS overran the ancient Syrian city of Palmyra in what CNN claimed was a “swift, destructive takeover or yet another city in the brutal quest to expand its caliphate in the Middle East.” The capture of Palmyra risked the future of a UNESCO World Heritage Site that was described as having “stood at the crossroads of several civilizations.”

Once again, during this brutal takeover of a historic city, which is home to tens of thousands of civilians, American air forces were nowhere to be seen. At of the end of last year, the U.S. had spent approximately over $5 billion USD specifically fighting ISIS yet somehow didn’t take the initiative to use the most advanced air force in the world to counter their offensives.

In October 2014, the Washington Post reported the U.S. Air Force “accidentally” delivered weapons to ISIS that were intended for Kurdish militants in the Syrian border town of Kobane. The Kurds were battling the Islamic State. Although dropping weapons in a war zone seems like a fool-proof strategy, in this instance it backfired, and the weapons, including crates of hand grenades, were claimed by the terror group.

Just before the Palmyra offensive was launched last year, ISIS also took the strategic city of Ramadi. Locals again questioned why U.S. forces sat on their hands during the entire operation. The official explanation offered for not intervening was that the U.S. was more concerned with the protection of civilian life – if you can believe that.

The ways in which the U.S. and its allies have overtly aided ISIS is endless. The above list merely paints a picture of the ways in which the United States military, in particular, has directly aided ISIS while simultaneously claiming to be fighting them. This is something worth investigating in light of the recent attack on Syrian troops that also provided the air cover for an ISIS offensive.

Honorable mentions that didn’t make this list include America’s support for the Saudi-led war on Yemen, which hasnever once targeted a single ISIS militant, and the recently renewed U.S. air campaign in Libya, which has targeted the city of Sirte. Sirte has almost all but driven out their ISIS constituents. It has been speculated, instead, that America’s motives in Libya are merely an excuse to kill any chance of a Gaddafi-inspired political movement — and the campaign isultimately designed to prolong any chance of solving the Libyan crisis. As stated by the Stop The War Coalition:

“More Western bombing will entrench divisions and intensify violence. It will inevitably increase bitterness against the West and will do nothing to defeat IS. Stop the War continues to demand Western powers learn the terrible lessons of the last fifteen years and end their addiction to military solutions.”

Pre-2014 mentions include the fact ISIS was almost wholly a product of American foreign policy, as confirmed by a declassified DOI report.

This article (5 Times the United States Helped ISIS) is free and open source. You have permission to republish this article under aCreative Commons license with attribution to Darius Shahtahmasebi and theAntiMedia.org. Anti-Media Radio airs weeknights at 11 pm Eastern/8 pm Pacific. If you spot a typo, please email the error and name of the article to [email protected].