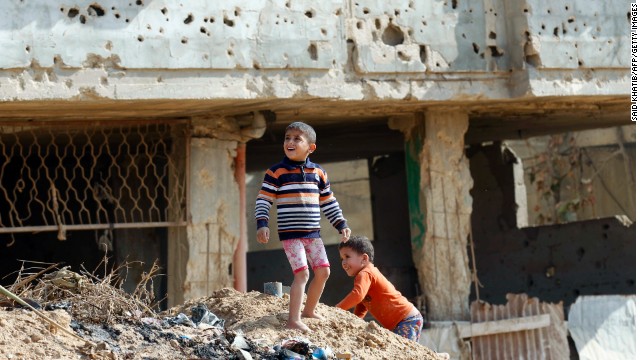 Ever wonder why the majority of the American public would rather stand with Israel rather than Palestine? This documentary examines the mainstream media bias which has fueled this distorted image of the conflict between the two.

George Matta, founder of Mundovision Productions (a 34-year-old Canadian company that “specialized in prime time investigative and current affairs documentaries of political, social and scientific nature”), filmed a documentary called the “The Occupation of the American Mind: Israel’s Public Relations War in the United States.”  The documentary brings to light the double standards with which the mainstream media, and particularly the U.S. mainstream media, treats Israel and Palestine.

“While recent polls have shown global public opinion turning sharply against Israeli policy, public support for Israel in the U.S. has held firm. The Occupation of the American Mind, narrated by Roger Waters and featuring leading experts on the Israeli-Palestinian conflict, takes an unflinching look at the information wars Israel and its supporters have been waging in the U.S. for decades.

From PR offensives designed to manage perceptions of the occupation in the 1980s, to government-run social media campaigns today, the film provides an eye-opening analysis of Israel’s ongoing efforts to win the hearts and minds of the American people.”

The documentary is organised into four videos, presented below.

The documentary maker’s own website raises a few red flags, such as “George Matta, an advertising executive who dreamed up a formula for allowing special primetime TV programs to be funded directly by corporate sponsors, instead of broadcasters…”

But the information provided in this documentary in particular, is certainly still well worth considering. One particularly disturbing moment from the film had Israeli PM Netanyahu saying, “they use telegenically dead Palestinians for their cause. They want the more dead the better,” to which professor Sut Jhally from the University of Massachusetts retorts that “they end up in this upside-down Orwellian world, where Israelis killing civilians becomes an unforgivable transgression against…Israelis.”

This article (The Occupation of the American Mind: Israel’s Public Relations War in the United States) is  a free and open source. You have permission to republish this article under a Creative Commons license with attribution to the author(CoNN) and AnonHQ.com.