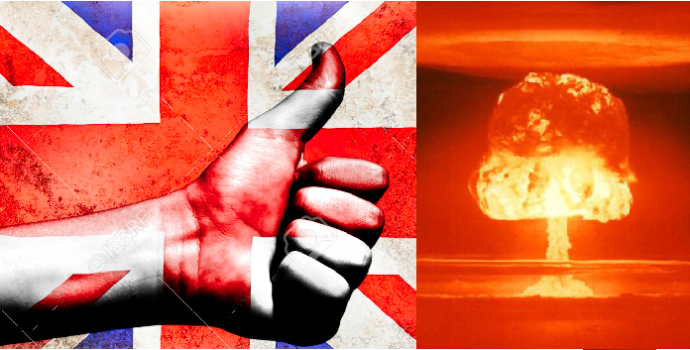 A new poll released by Yougov.uk has found that 59% of Brits say they support dropping a  nuclear bomb, in 2016. More specifically, 59% said that they would personally be willing to ‘press the button’ to release a nuclear strike they knew would kill over 100,000 innocent people.

The poll was not conducted randomly or out of the blue, rather, it was conducted in response to Prime Minister Teresa May’s statements two weeks ago. When asked in parliament if she was “prepared to personally authorize a nuclear strike that could kill 100,000 innocent men, women and children,” Teresa May responded “yes” and was met with resounding applause from members of parliament no less.

Knowing how sensitive this topic is and how controversial these statements might be, Yougov.uk set out to find how many of the citizens supported what their new prime minister had to say. The result is extremely unsettling. According to the data, not only did 66% of respondents support May’s position, 59% said they would be willing to authorize the strike themselves. 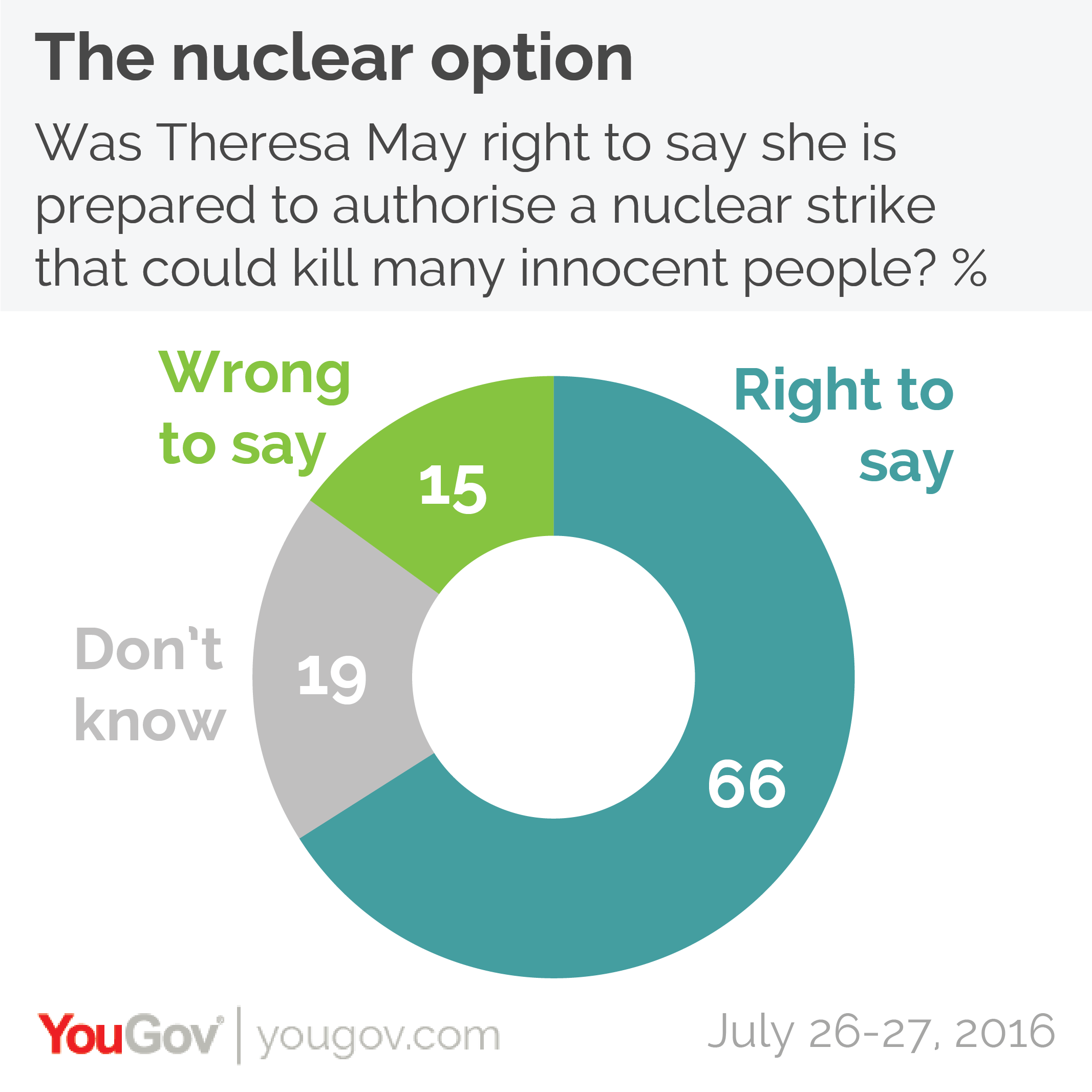 It is truly a sad time we are living in. What is this world coming to where so many people could say such a thing?

This article (59% of Britons Say They Support Launching a Nuclear Strike) is a free and open source. You have permission to republish this article using a creative commons license with attribution to the author and AnonHQ. Join the conversations at www.anonboards.com.